Twilight Tales and Merely a Stroll

Following our catch up with friends at the weekend (and a cheeky afternoon glass of wine for me), I indulged in a spot of windscreen photography on the twilight journey home.  Before we proceed, I probably should point out that I wasn't driving.  Quaffing wine and handling a camera whilst driving a car would of course get a swift driving ban and a spell in prison!

Windscreen photography as I call it, is something I frequently do, as it enables me to capture familiar scenes from a different perspective.  The sun was setting and the landscape took on mauve hues and a golden lustre.

This cyclist, with his light illuminating his route home, was a gift. 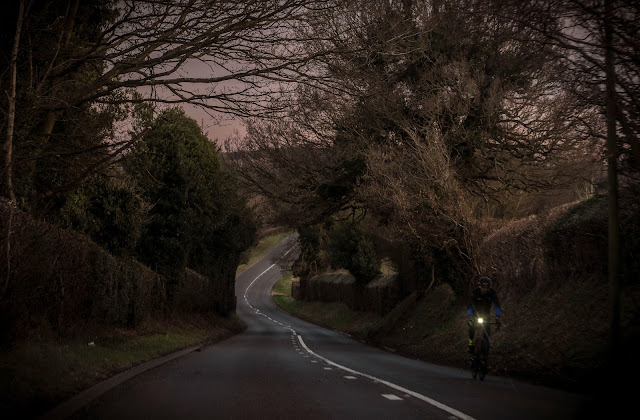 I managed to catch a glimpse of the setting sun through our Beetle's rear window. 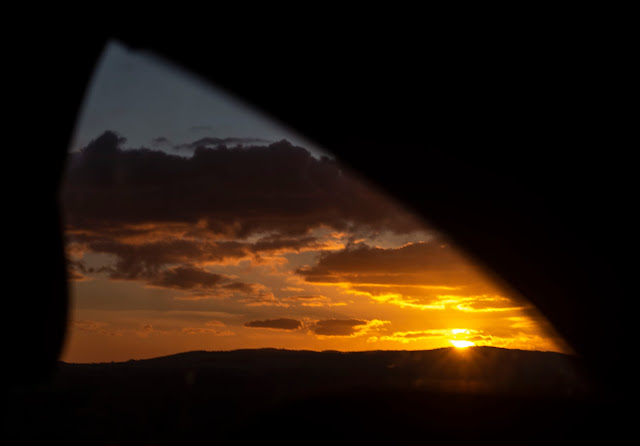 This tree, whilst not perfect (ISO noise and slight motion blur) was still a shining example. 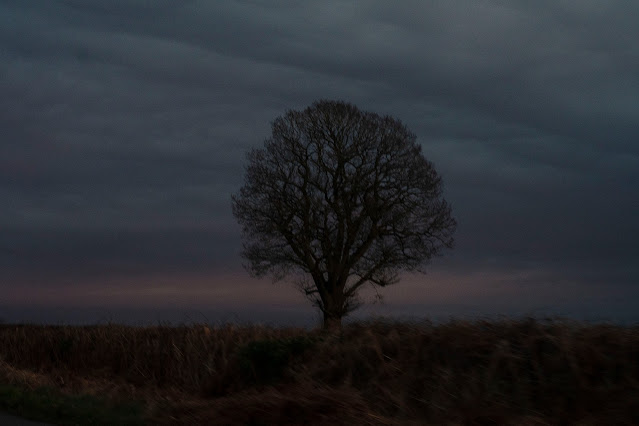 Much of this week has been consumed by other more mundane activities.  In addition, the incessant wind and a minor foot injury has put paid to many outdoor explorations...so let's fast forward to this weekend.

Last night was my first Islamic house wedding shoot, and what an experience!  I had a 10 minute heart stopping period early on when my photos in preview suddenly appeared to be partially blacked out.  After running a few tests and with 20 minutes to spare before the groom was due to arrive, I made a frantic phone call to my mentor, Jenny, who conducted a quick telephone trouble shoot and then went off to Google the issue.  Within minutes she had a suggestion, which mercifully worked a treat!  Of course it's Murphy's Law that I had tested my little used flash all week, without issue and the one time it decided to test my sanity was on a job!

After that, the evening went relatively smoothly.  Set to a soundtrack of ululations and Islamic wedding songs, my biggest challenges were not treading on anyone's toes, not being distracted by the incredible outfits and henna tattoos and not getting some of the elders - who did not wish to be photographed - in shot.

Until I have edited the 100 plus photos and delivered them to the clients, I am unable to share any here.  However, here's a photo from a previous wedding shoot.  Here, the bride, Leyla, wears her red henna hand decorations with pride.  Aren't they exquisite? 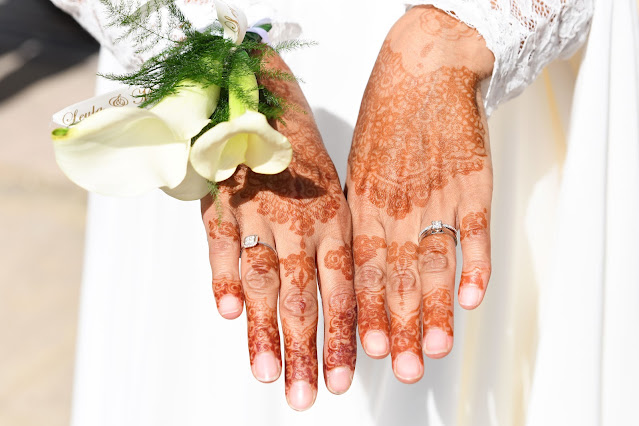 I have only experienced the riotous sound of the ululation first hand once before, at Leyla's wedding.  However, last night's ululations were confined to four walls, so the neighbours would have been in no doubt that there was an almighty celebration taking place.

The practice is rooted in the culture of North Africa, but is pretty widespread, reaching central-south Asia, the Middle East and even parts of Europe such as Cyprus.  It has also been adopted by certain Jewish communities.  However, one ululation doesn't necessarily sound like another.  Each has its own unique sound.

Ululations denote joy, celebration, victory and honour, and have also been used in prayer, hunting and resistance against colonial powers.  The roots of the sound go way back to the ancient civilisations of Greece and Egypt, appearing on the inscription of the pyramid texts of Unas.  Homer mentions ololuge (ululation) in his works, as does Herodotus, citing ululation in North Africa - where it is still practiced - saying:

"I think for my part that the loud cries uttered in our sacred rites came also from thence; for the Libyan women are greatly given to such cries and utter them very sweetly."

With my ears ringing, I bid my farewells at the end of my allotted time, but not before my hosts insisted on issuing me with a carrier bag full of Indian foodie treats to take home with me.  The kindness of strangers! 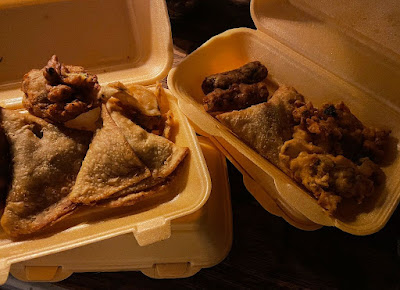 This afternoon, we took a leisurely stroll to a favourite spot close to Enville - Mere Mill; a Grade II listed, early 19th century red brick, tiled roof water mill.   There were puddles and overflowing ditches courtesy of the gloomy weather. 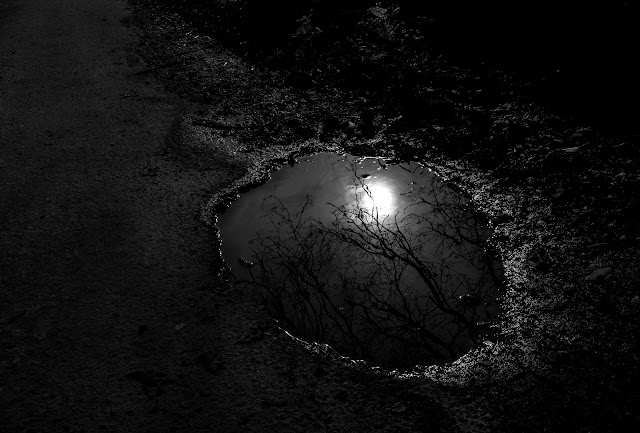 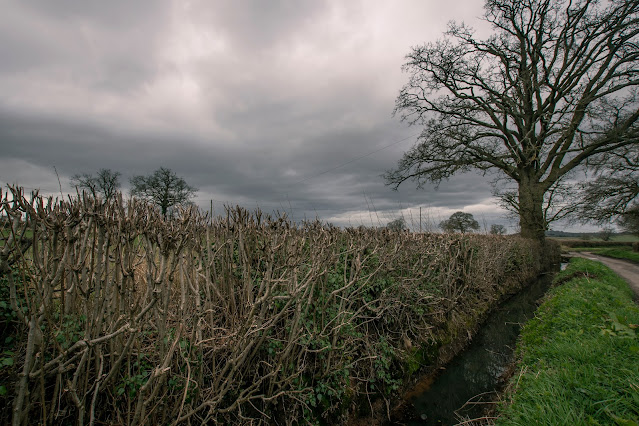 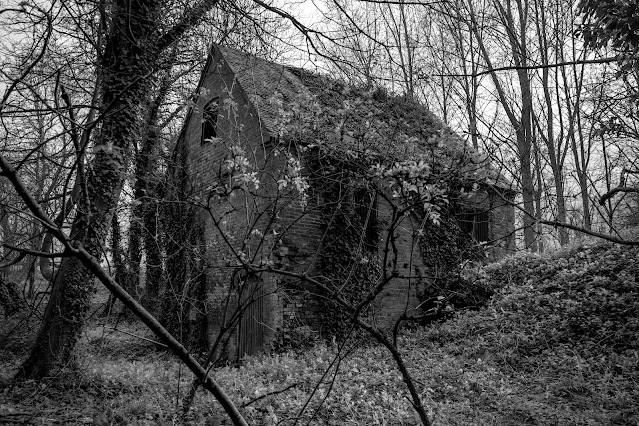 Mere Mill has suffered from an air of abandonment and neglect for as long as I can remember, but there is something magical about it.  The area surrounding the mill is devoid of road noise, the only sounds being running water and the rustling of trees. 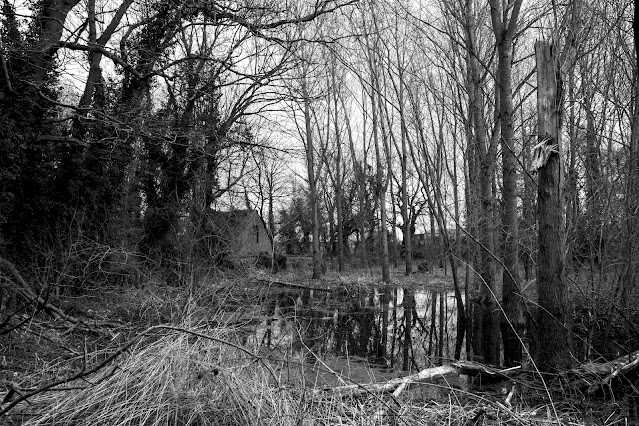 I took a short video of the location to capture said tree rustling and running water.  Those of you with keen hearing might just be able to pick out the timeless sound of clinking bottles.  The story behind this is thus.

Whilst many locals are unaware of this building, sadly a few determined fly tippers seem to periodically make a pilgrimage to the mill, leaving anything from plant pots and a child car seat to today's discovery.  I heard Gareth tut at a carrier bag full of empty bottles.  His wombling instinct kicked in and he picked up the bag of bottles to add its contents to our recycling at home.  The weight of the bag immediately suggested that the bottles were not empty.  On further investigation, there were no less than 6 bottles of wine - still corked and sealed.  They had obviously been there for some time...but then wine ages well.

Did we bring them home?  That is the question. I'll leave you to ponder on that.