Horror on the Heath

The sky looked interesting last night, so, after tea, we headed to one of our favourite places - Highgate Common.

Highgate Common is an ancient lowland heath, teeming with rare wildlife.   It's estimated that there are 140 different types of bees and wasps living on the Common, plus dragonflies, butterflies and rarities such as the Oil Beetle and Glow Worms. In fact, this 132 hectares itself is rarer than rainforest, when you consider that the UK has lost 80% of its open heathland since the 1800s.

We once spotted a Grass Snake swimming across the pond through the lily pads on Highgate Common. It really is a special place with big skies and soft, golden light enhanced by heather and silver birch trees.

As a child in the 1980s, I can remember it was a biker hotspot and motorcyclists with a death wish would demonstrate their toxic masculinity by racing up and down the straight road between Greensforge and the Common, only to later lose the macho image by forming an orderly queue at the ice cream van with the weekenders.

Barriers eventually put paid to the wannabe Hells Angels.  Now, as is usually the case with beauty spots, Highgate Common is overrun with dog walkers for much of the time.
This isn't really an issue for us, but we do like to get away from the masses, particularly in the middle of a pandemic.   We tend to head off along the lanes in the opposite direction and explore the numerous footpaths carving through the Staffordshire countryside.

When we arrived last night, the sun was already low in the sky and the sky was resembling a watercolour painting, awash with pink and orange hues. Photographers were out in force with huge lenses and camo gear.   We stopped and spoke to one, who was fixated on a tree where he had spotted an owl in recent days.

Eventually, we came to one of the pools at Mere Farm, a place of peace and tranquility. Who doesn't feel calm by water? Guess what?  We spotted an owl in flight!  Naturally, I only had my trusty 50 mm lens - useless in such circumstances.  Instead, I snapped away, initially focusing on the cloudburst in the distance and then becoming obsessed with the sunset reflecting on the water and silhouettes of the waterside plants against the tangerine sky.  You can probably tell that I often like to underexpose my images. 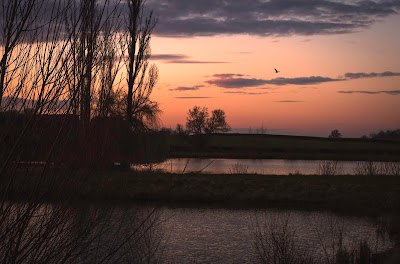 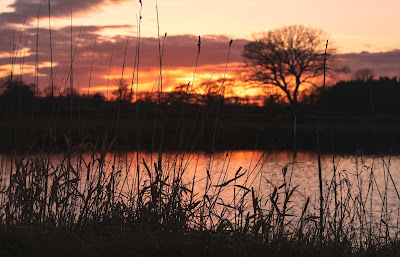 On the latter part of our circular walk, the air was fragrant and heavy with the promise of rain.   It reminded us of the now distant memories of camping. There's something about being outside in the middle of nowhere when the light fades.   The air is somehow charged and every sight, sound, breeze on the skin is heightened. 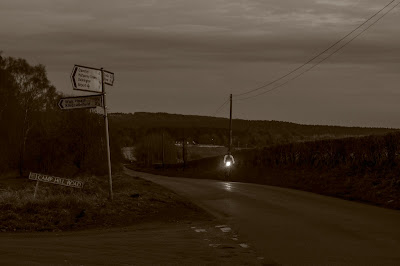 We spotted a solitary cyclist and one of my favourite cottages; the dipping sun highlighting its window frames and newly planted trees filling in a gap in the hedge, making it look to all the world like it was flanked on one side by a ramshackle white picket fence.

Sadly, "a breeze on the skin" is not all I experienced last night. Shortly after taking these photos, just as we got off the road, my foot caught on a bramble. Before I had time to think, I was flat on my face, bashing my mouth on my camera.

Suddenly there was blood everywhere; both from my nose and mouth (mainly mouth). Thank God there were no witnesses to me stumbling across the heath in the darkness, blood dripping from my hands. I quite expected to spit teeth, but the impact had just pushed my tooth into my top lip, cutting it badly. Gareth, my husband, took the camera and in the short distance to the car, tried to convince me that the hole I could feel was on the inside of my mouth.   It was like something out of a low budget horror film! 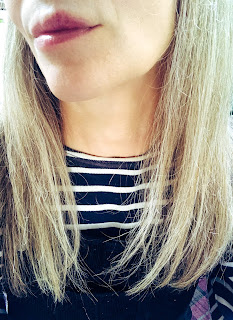 Thankfully, this morning, the bleeding has stopped and I'm left with two slightly tender teeth and a DIY lopsided trout pout!

Coincidentally, my research this morning has thrown up another species which can be found on Highgate Common - no, not a neurotic, accident prone female...but the "Bloody-Nosed Beetle". This beetle oozes a blood-red liquid from its mouth when under threat.

Maybe I was possessed by the malevolent spirit of a Bloody Nosed Beetle. So, a tale of two halves; a sunset stroll to horror on the heath!