This morning, after dropping the boy at college in Stourbridge (the same college incidentally, attended by Robert Plant, much to our son's delight - he's recently discovered Led Zeppelin), I decided to take an hour to explore, photograph and record the local park's notable features for this blog, specifically the bandstand (inspired by Vicky's recent bandstand photo).

Like many, I grew up visiting Mary Stevens Park.  It was a cut above the parks in my immediate vicinity, having a beautiful bandstand, a bowling green and a large pond.  But as I hurtled off down the promenade on my roller skates as a child, I doubt I gave much thought to who Mary might have been. 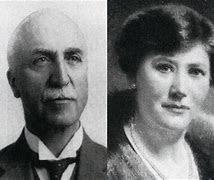 Mary was the wife of Ernest Stevens (1867-1957), a wealthy industrialist, considered to be Stourbridge's great benefactor.  He rose from humble beginnings and made his name and money in "hollowware" (pots, pans and kitchenware). 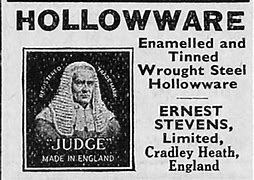 He pioneered enamelling of cookware and founded the Judge brand of kitchenware, made at his factory in nearby Cradley Heath. 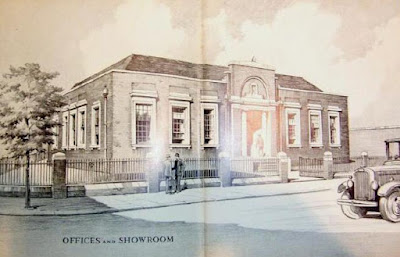 Ernest and his wife Mary were Christian Methodists and tea total.  They were involved in the creation of 4 local parks, a maternity home, hospitals, charitable trusts and children's welfare projects.  They tried to improve working conditions for their employees and were amongst the first industrialists to bring women into their factories.

After losing Mary in 1925, Ernest purchased White Hall in Pedmore and set about demolishing all of the buildings set within the hall's 10 acres, building a maternity home named after his beloved Mary.  In 1931, the building was given by Deed of Gift to the Borough of Stourbridge.

Over time, the need for a hospice was identified in the area.  First a day unit and then later a residential unit were built in the grounds.  Both my Dad and Gareth's Mom spent their final days in the care of this wonderful charity in the residential unit opposite the old maternity hospital.

Amongst the donations made by Ernest to the local area in 1931, were the grounds now known as Mary Stevens Park.

Many of the park's features have recently undergone restoration works, including the impressive gates made of Portland stone and decorative ironwork framing the main approach (Queen's Drive). 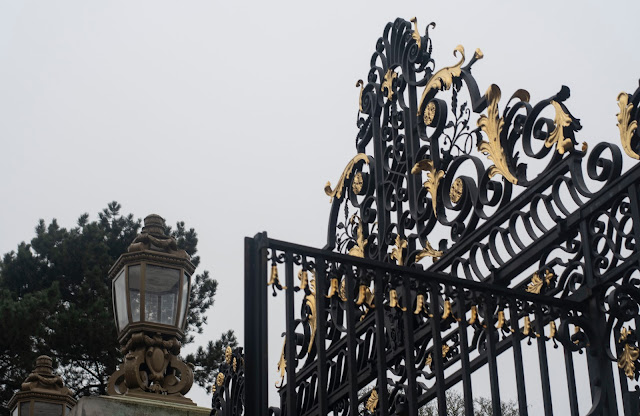 Queen's Drive is so called because the Queen and the Duke of Edinburgh visited on 23rd April 1957 and took a tour of the newly opened driveway around the bandstand in an open topped Land Rover before checking out the local glass inside the council building. 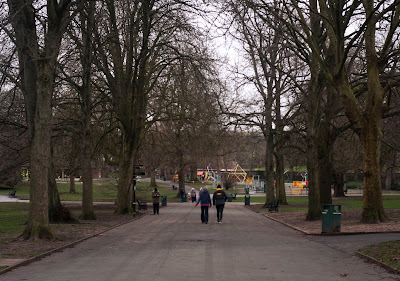 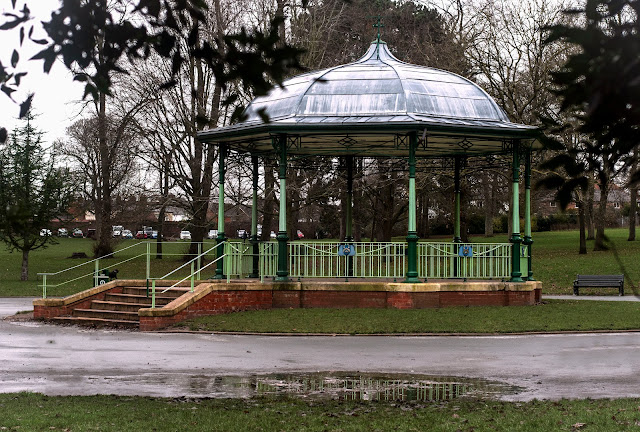 Readers of Vicky's blog will recall her recent bandstand photo.  I love an old bandstand and this one is now Grade II listed, having been manufactured by Hill & Smith Ltd of Brierley Hill and funded by Ernest.  Historians believe it was selected from a catalogue because its design is so similar to others made in that era.

Hill & Smith Ltd is famous for supplying many miles of fencing for Queen Victoria, ornamental gates and parapet railing for the Royal House of Siam, work on the Sydney Harbour Bridge, the Royal Dockyard at Simonstown, South Africa and gates at Hong Kong market and the European Club, Shanghai.

This eagle eyed blogger also spotted their handiwork in deepest Doone Valley territory on Exmoor.  Photo courtesy of Google, because I can't find my own! 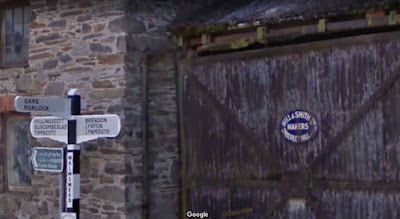 The war memorial was designed by Ernest Pickford. 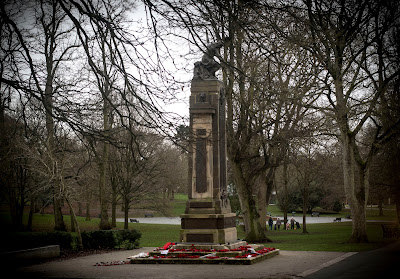 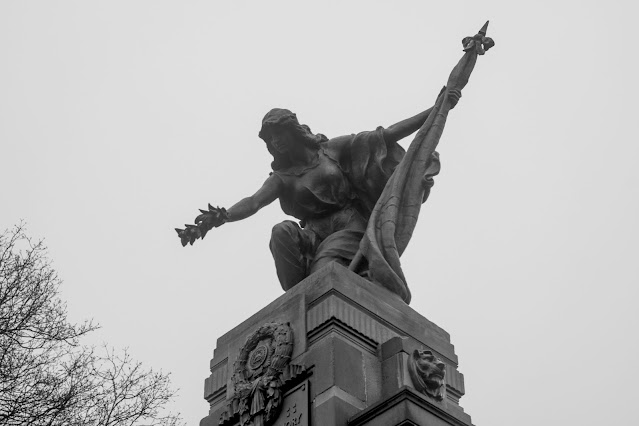 The statue, christened Victorious Peace, was modelled by John Cassidy, Fellow of the Royal Society of British Sculptures.  He was also responsible for the impressive bronze decorative panels. 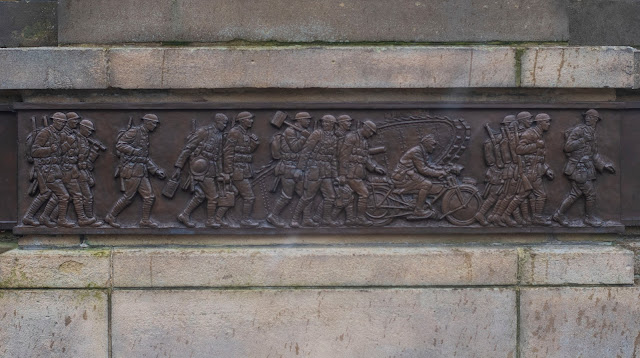 As I branched off towards Heath Pool; a mill pond before the park was created, the icy air gave way to snow and soon my hair was stuck to my forehead and I was starting to lose sensation in my fingers.  But I was having way too much fun and was way too numb to really care. 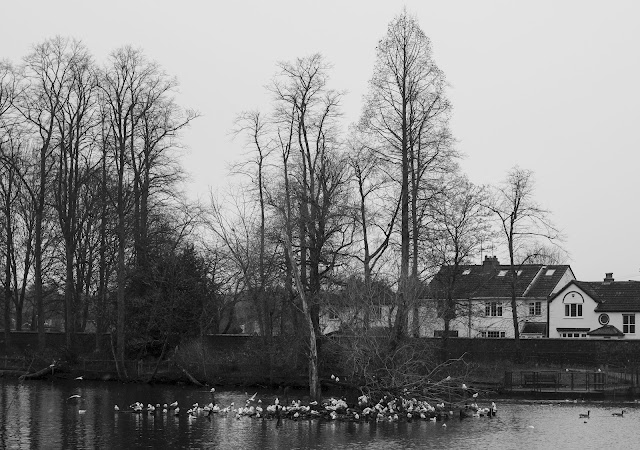 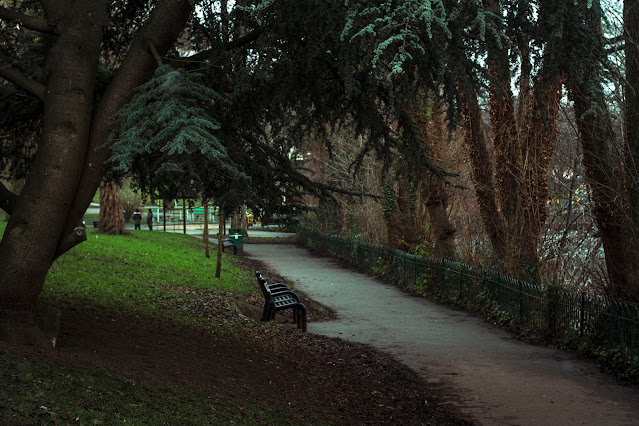 I decided to cut through the Council buildings next to the bowling green. 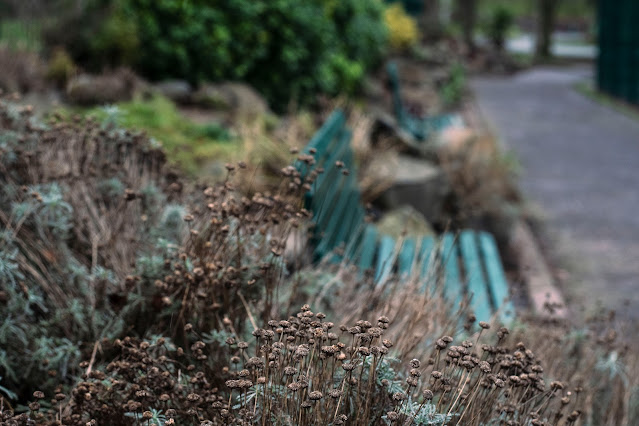 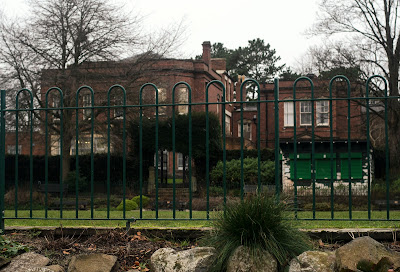 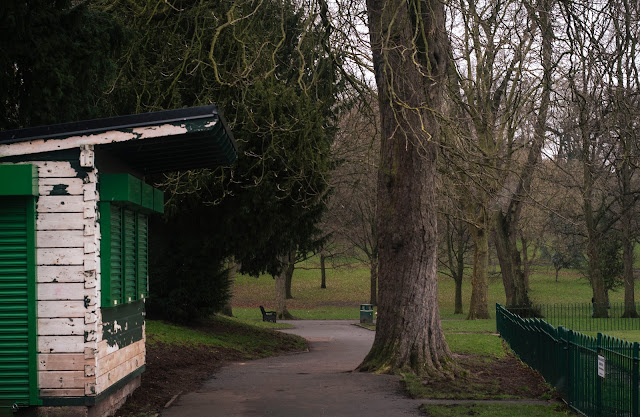 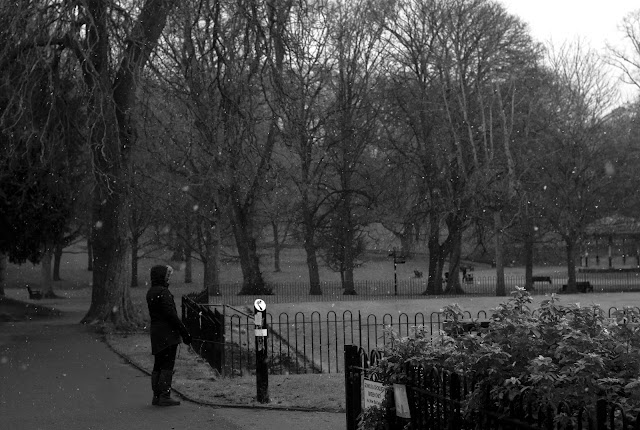 It may have been snowing intermittently, but look!  Blossom! 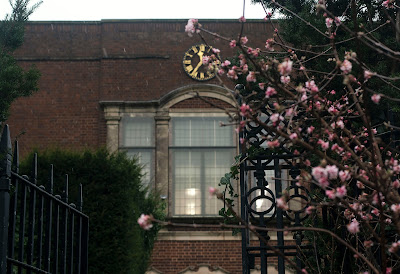 No time for a coffee unfortunately, although my frozen fingers would have welcomed the heat of a coffee cup. 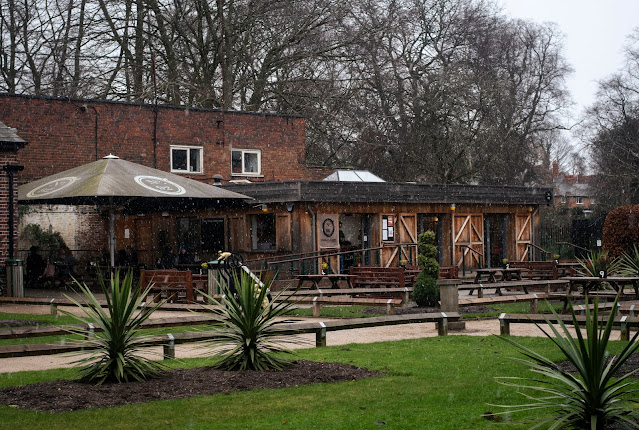 But through the gates, who did I spy? 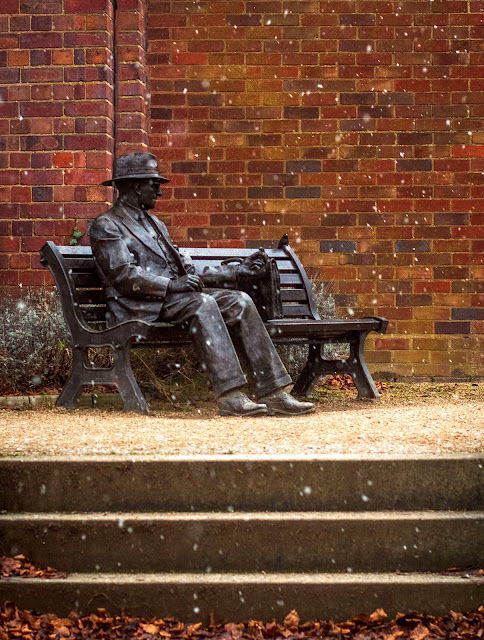 Well, something I had never seen before.
Unveiled in 2018 by Prince William (has it really been that long since my last visit?), this beautiful bronze statue is of a gentleman called Major Francis ("Frank") Edward Foley, affectionately known as The Stourbridge Schindler.  He was a spy who saved an estimated 10,000 jews during the second world war. 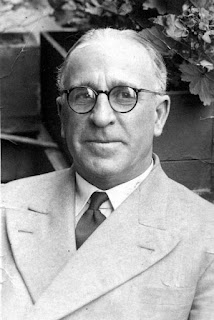 Frank was a British Secret Intelligence Service Officer who worked as a passport officer for the British Embassy in Berlin, issuing fake documents to thousands of jews.  Here he is feeding the birds a crust of bread in the snow. 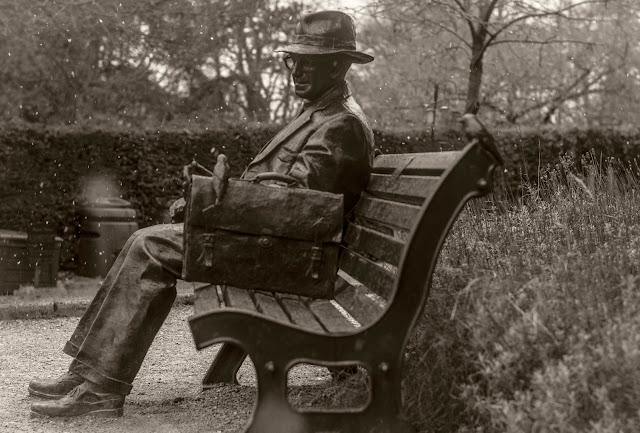 In 1941, he was given the task of questioning Hitler's Deputy Rudolf Hess after Hess's flight to Scotland. After Hess was hospitalized in 1942, Foley helped coordinate MI5 and MI6 in running a network of double agents, the Double Cross System.
Foley returned to Berlin very soon after the war under the cover of Assistant Inspector General of the Public Safety Branch of the Control Commission in Germany, where he was involved in hunting for ex-SS war criminals. 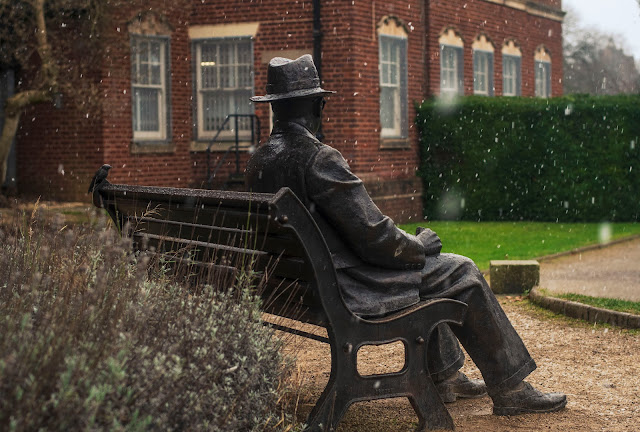 He received little recognition for his bravery during his lifetime and no diplomatic immunity.  Although hailing from Devon, he lived out his days quietly and largely unknown in the Norton area of Stourbridge, passing in 1958.  He is buried at Stourbridge Crematorium.  I have been to at least three family funerals within the last decade at Stourbridge Crematorium (my Dad's included), without realising that this heroic man was resting nearby. 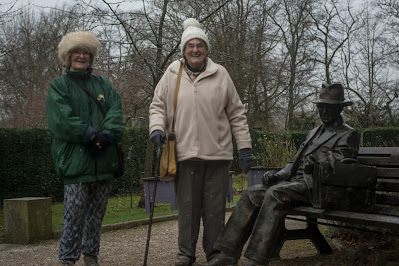 Whilst I was marvelling at the bronze, a lady called Christine, accompanied by a friend approached and we chatted a while.  Christine, a former teacher and mother to two history graduates, had just visited Frank's grave.  She gave me detailed instructions as to its whereabouts and commented that it was "small and unassuming."
After picking up the boy from college, I relayed Frank's story.  "Oh" he piped up, "I've just had a lesson in the Frank Foley building."