Season's Greetings!  Here's a short little post to tide us over until New Year.

The days in between Christmas and New Year have a strange, otherworldly quality I always think.  Rules and routines go out of the window - I say this with snowball in hand.  Incidentally, anyone who saw the festive edition of Gone Fishing with Bob Mortimer and Paul Whitehouse, will know that there is a correct way to drink a snowball.

There's a sense of limbo; a wrong footedness about the last days of December, a time for shedding our proverbial skin and an optimistic openness to some kind of renewal and a bigger, better and altogether brighter new year.  Whatever you're striving for, I hope 2022 comes good.

A Christmas Day greeting.  Despite having no enthusiasm for Christmas this year, we did have a really lovely, relaxing few days.  It was freeing to get together with family, safe in the knowledge that we wouldn't be passing on an unwanted viral Christmas gift.  (I have a wonderful Corkscrew Hazel moustache in this photo.  My table decoration went rogue). 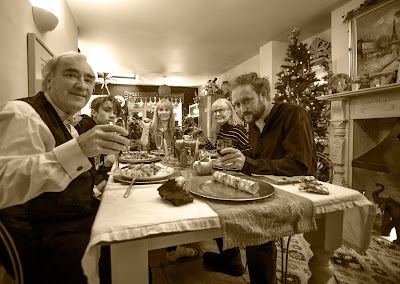 Gareth and I had agreed not to buy for each other and instead plan a getaway in the New Year, but we did exchange a couple of token gifts.  Mine included books and a curious bottle of gin liqueur...more of which later.

We have enjoyed lazy, late mornings in front of old films, my particular favourite being the 1957 film Witness for the Prosecution, which had more twists and turns than a bobsleigh run. 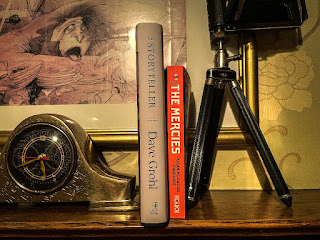 The rain came as predicted, but also transformed the world into a beautiful mirrored surface through which to glimpse the landscape anew. 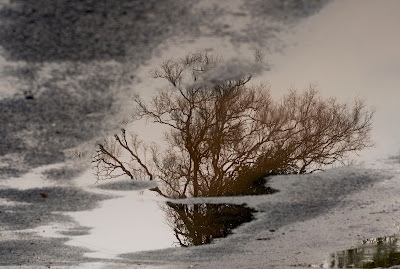 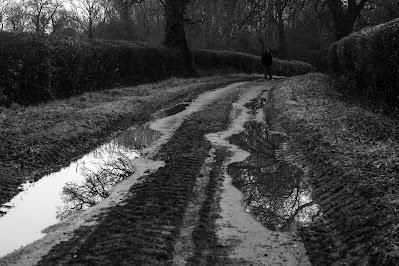 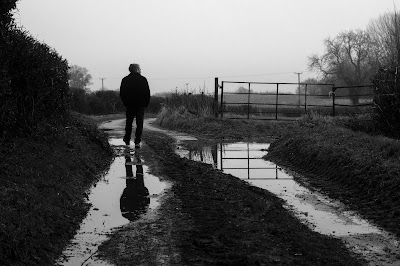 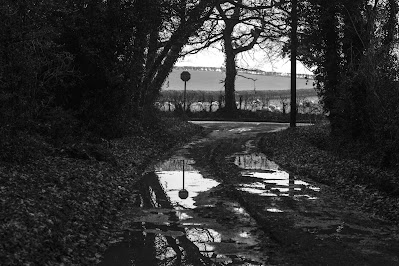 In Comer Wood (near Bridgnorth, forming part of the National Trust's Dudmaston Estate, which dates back to the Norman Conquest), I took advantage of the dingy low light and practised some abstract and double exposure photography. 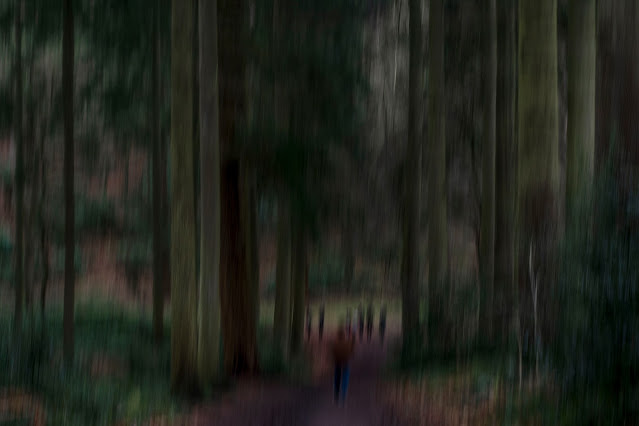 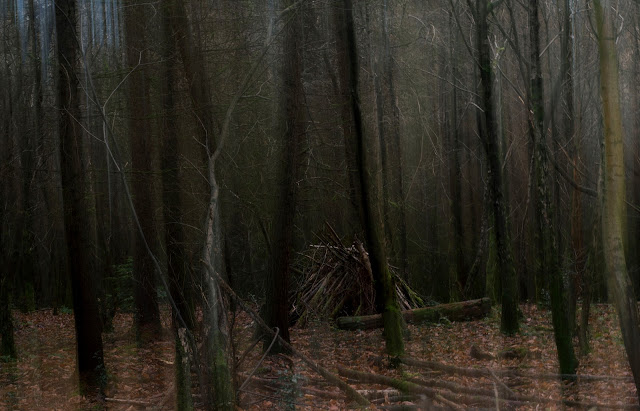 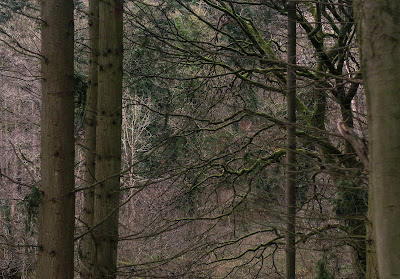 We had a leisurely walk in the dying afternoon light.  Still beautiful.  One couple stopped me and asked if there was enough light to photograph.  I said that I tend to favour dark and moody photos in any event, so they wished me a Happy Dark and Moody New Year! 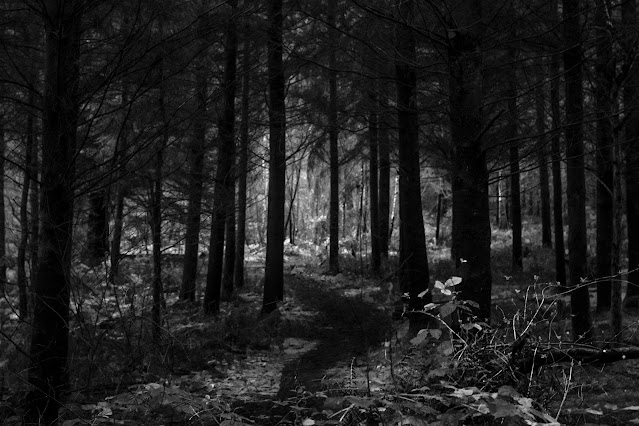 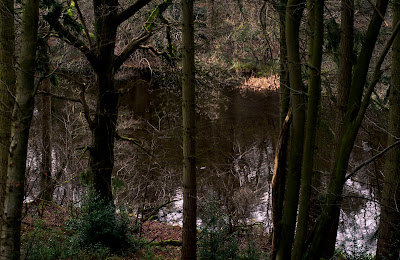 We spotted honeycomb in the hollow of a fallen tree - my first sighting outside in the natural world.... 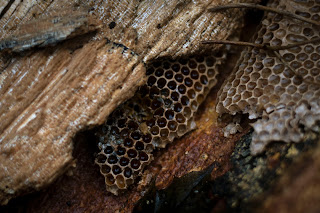 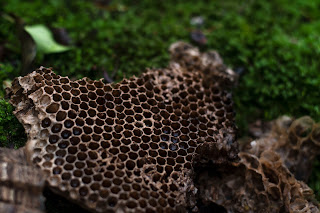 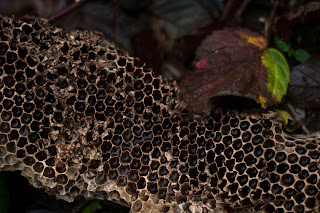 ....and had a meet and greet with the resident swans on one of Comer's three pools - charmingly named Wall, Seggy and Brim. 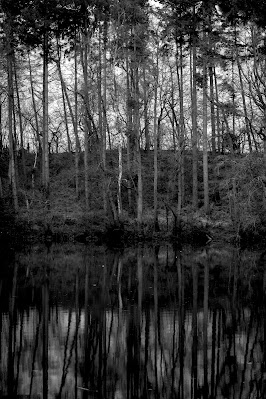 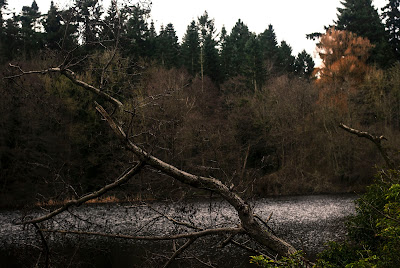 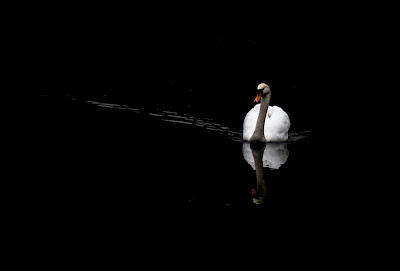 In fact, our encounter was so up close and personal, that I had to remain very still with my camera until the swan moved away from me, grunting its irritation at not having been fed. 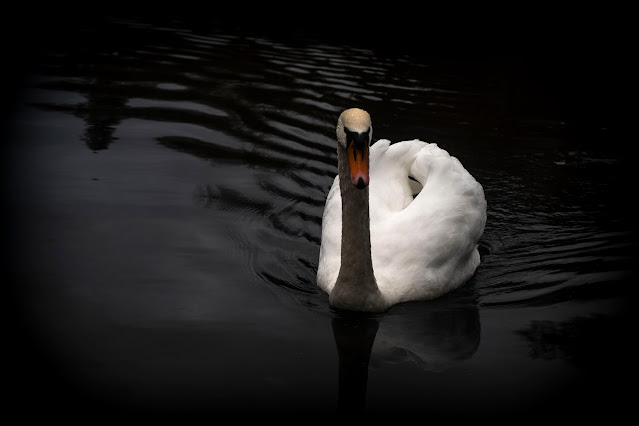 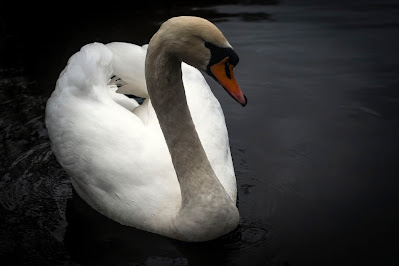 So, as we bid farewell to 2021, what have we learned?  Well as if I haven't had enough Covid news this year, I've also watched the Christmas lectures by Professor Van Tam.  The good news is that Covid can't last forever.  Apparently, viruses only have so much potential to mutate and throw up surprises before they fizzle out and become entirely manageable.   Hopefully 2022 will be the year of goodbye and good riddance! I'll leave you with a photo of the aforementioned gin liqueur.  There are a few of these illuminated gin bottles doing the rounds this year, but mine has a dance floor and people and is the closest I will get to a party this New Year's Eve.  I still haven't decided whether I am going to the lounge party this year.  I suspect it will be the same old faces. 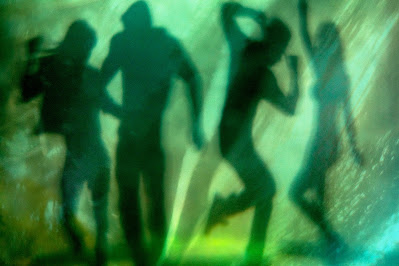 Stay safe and see you next year!