Last weekend we took a trip to Bridgnorth, the Shropshire market town split into High Town and Low Town by the River Severn and one of the stops on the famous Severn Valley Railway.  We coincided with a scooter rally.  It was a dull day but the flat light was lifted by the brightness of the mirrors and lights on the Lambrettas and Vespas and the cafes were awash with green parkas and Paul Weller silver fox lookalikes. 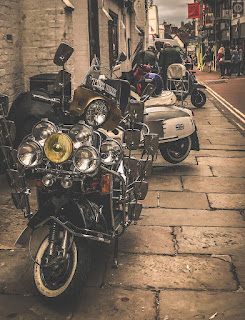 Mods, like their vintage scooters, might generally be of a certain age, but for a brief moment, Bridgnorth was cool. 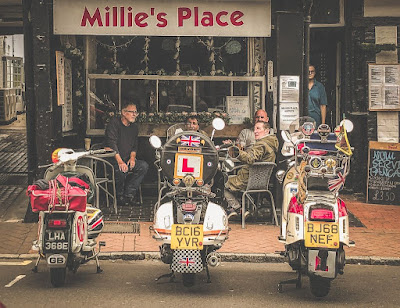 Sadly, they began to move on as we arrived - a rolling stone gathers no moss - so I only managed to get a few snaps.  Previously, when we've encountered groups of mods at trade shows, they've been more than happy to pose for photos, peacocks that they are. 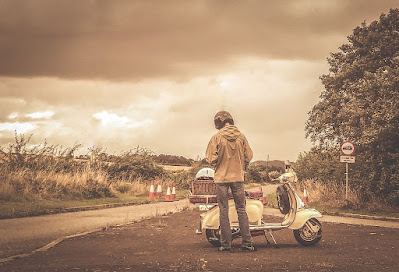 This one, parked up by a lamp post away from the rest of the crowd, was our favourite.  It looks as if it's spent the best part of a decade abandoned outside a little pizzeria in the back streets of Bologna. 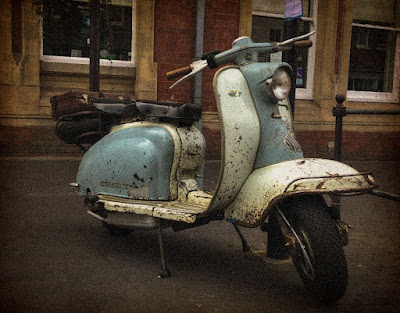 For anyone thirsty for more, an photographer acquaintance later shared this article with me about a fascinating photographic history project centred around Colwyn Bay's days as a mecca for mods.

We also ventured inside The Mill Antiques Centre in Low Town for the first time since before the pandemic.  It's one of those places we rarely make a purchase from (although this time was the exception), but just love exploring.

Sticking with the faded grandeur theme, just look at the patina on this window and door to an adjoining building! 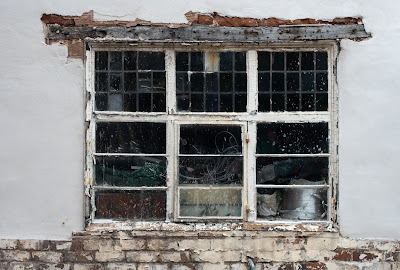 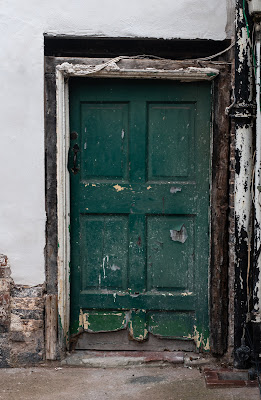 It came as no surprise when cropping this image, to discover that there are no true leading lines.  Nothing is straight about it; from the opening via the frame to the door itself.
Inside the Antiques Centre, despite the gloom and low light, I managed to snap a few photos of the eclectic wares on offer.  First up, the creepy doll.  Standard.  This would fit in a treat on the Island of the Dolls near New Mexico, which you can read about here.  Isla de las Muñecas – The Island of the Dolls (isladelasmunecas.com) 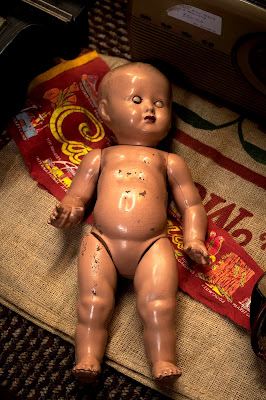 Fantastic Mr Fox is past his prime! 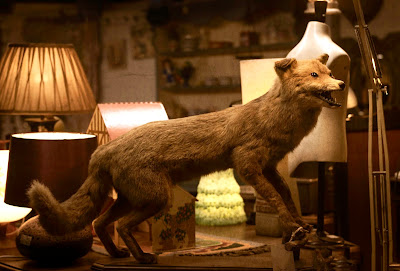 One for the musos. 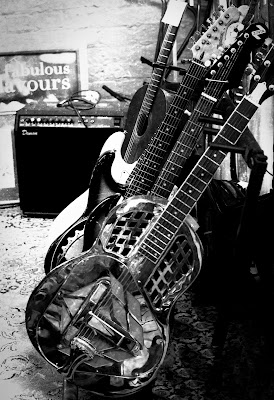 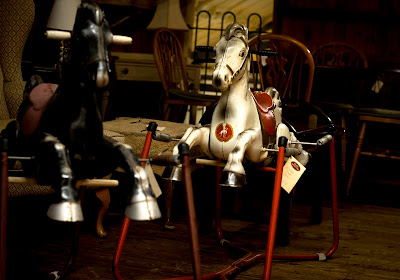 We're both partial to a vintage travel sticker or two. 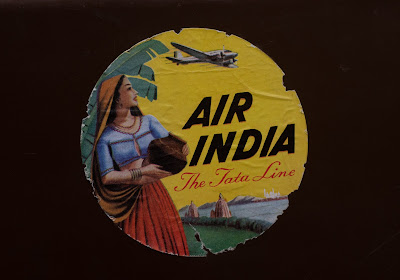 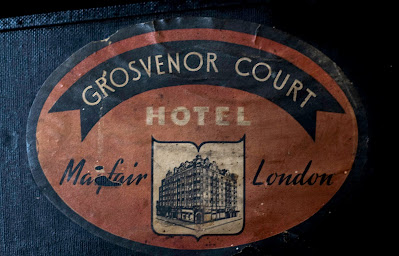 This Tuk Tuk was also an incongruous sight in a Shropshire Antiques Centre. 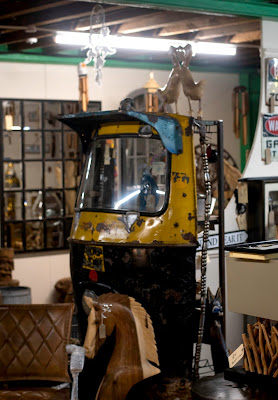 We came away with an anchor, which is going to get an under-the-sea shipwreck makeover (take note producers of TV's Glow Up) and a PG Tips Monkey tea towel!

Back at home, the extra curricular highlight of the week has been Gareth fixing our telescopic garden loppers.  He did so, by using a spring from an Anglepoise lamp (!) thus enabling me to have a fun session chopping anything within my puny reach and giving me a decent upper body workout in the process.  The downside?  Even after 40 minutes' toil and having completely filled the newly emptied green bin, I can't see much difference.  It's a jungle out there!

Maybe I should have called this post "Mods and Loppers!"

Another day, another fleeting trip to a Shropshire market town.  This time it was Shrewsbury, famous for being the birth place of one of my ancestors, Charles Darwin, or Chuck as I now like to call him.

On arrival, there was a small group assembled around the pay and display meter, all seemingly unable to obtain a ticket from the machine.  Finally, I had a go and whilst it was unnecessarily complicated, I managed to obtain a ticket, but was encouraged to remain and supervise the queue that had formed, ensuring that they could all shop to their heart's content, safe in the knowledge that they were legally parked.

Faded grandeur is obviously this week's photographic style.  The changes to this town since my last visit can be summarised as new builds and boarded up businesses.  Strange times we're living in. 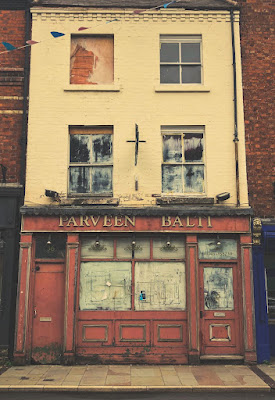 I have a thing about bridges. 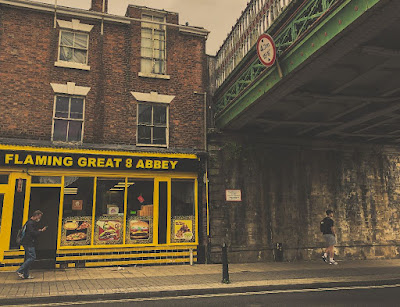 This is an English bridge for English people! 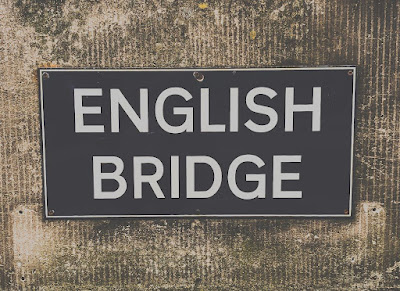 Again, with family in tow, my photographic output was limited and I was distracted by the charity shops.

You might recall in my last post, I mentioned that the surprise package we found hidden on the edge of a local field had given me an idea.  That's slightly untrue.  I've been cultivating the seed of an idea for some time.  Not sure if anyone else remembers it, but as a child, I was completely entranced by the Kit Williams book Masquerade. 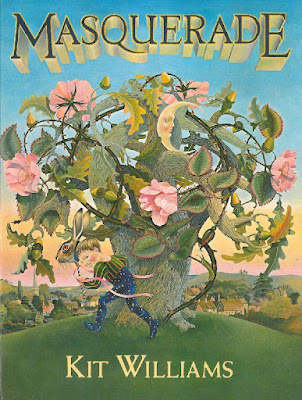 Written and illustrated by Kit (artist, author, illustrator), it was published 42 years ago in August 1979 and sparked a nationwide treasure hunt for a jewelled 19 carat golden hare hidden by Kit somewhere in Britain.  The book's exquisitely detailed illustrations concealed clues to its location.   In 2009, author and hare were reunited after it was tracked down to Egypt!
Unearthed again – golden hare that obsessed a nation | Children and teenagers | The Guardian
Obviously I never came close to finding the hare, but the sheer excitement and playfulness of this concept never left me.
Finding the little package last week was something of a catalyst and I decided to take a similar approach with some photographs.  We all know that we have gained much in this digital age.  But we also stand to lose a lot in terms of historical records.  We rarely print our photos anymore, preferring to amass thousands of throw away images suspended in Cloud storage and rarely revisited.  Should some evil mastermind with a fluffy white cat blow up the internet from his remote island hideout, there will be a huge gaps.
With this in mind, I have decided to obtain prints of some of my photos in an affordable and retro style 90s Instax format.
I was so excited to receive the first batch in the post (I'd forgotten how much fun it is to await the arrival of developed photos, even though I already know how they will look).  I doubled up on them so I could retain a copy of my own, but my grand plan is to place them around the area and in many cases close to the subject featured in the photograph.  If I were to describe it in airy fairy terms, I would say it's an alternative photographic exhibition - site specific - featuring images taken during the course of a tumultuous year, reminding people to make more tangible memories.  I'm adding captions, sealing them up, keeping a record of which ones I have placed and where and hoping that people will engage and tag me to let me know they have been discovered.  I've made it clear that the photos are to be kept by those who find them. 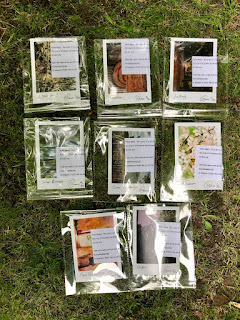 I've hidden in plain sight 3 so far, so we'll see what occurs.  I have 50 in total.
In the meantime - and this will appeal to vintage fashionistas - a parcel arrived first thing this morning containing a lovely matching Anokhi skirt and top.  Thanks for the heads up Vix!  It's just perfect for Autumn, but because there's a monsoon outside with little sign of abating, I can't yet post a pic. 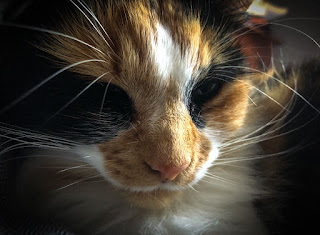 Lotte is not impressed and I have grave fears for my little photo packages.  But fear not, summer is set to return next week, or so they say.
In the meantime, I'm off to start building an arc.   I knew that anchor would come in handy!
Have a great weekend!
at August 21, 2021 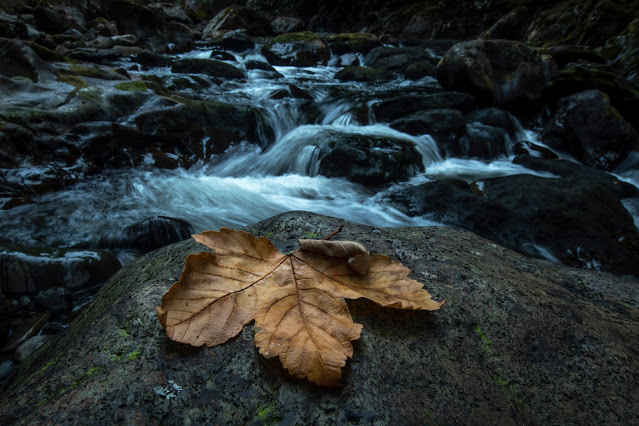