This week has been heady mix of photography, new learns, new found enthusiasm (football) and indoor gardening.  I'm currently too scared to look outside because we have had biblical weather this week and our garden is once again resembling what's left of the Amazon rain forest.

Yesterday, I ventured outside when the sun appeared.  I checked the BBC forecast first and was assured that there was only a 22% chance of light rain during the lunchtime period.  I headed through the garden gate and started my walk around the perimeter of Ridgehill Wood, only to be caught in the mother of all showers 5 minutes in.  I'm not afraid of a little weather.  In fact, I do subscribe to the "there's no such thing as bad weather, only the wrong clothes" school of thought.  I had a waterproof coat on and DMs.  Sadly they were no match for the rain and within seconds, my jeans were soaked through (the most uncomfortable feeling).  Think I'm exaggerating?  Here's a video clip I took.  The fast flowing stream is the footpath.

With very little in the way of gardening taking place this week, my attention has moved inside.  The spider plants are going bananas and producing offspring at an alarming rate.  I have also consumed a fair amount of gin during lockdown (not at quite such an alarming rate) and I have a couple of beautiful empty bottles, including a collectible Harris Gin bottle.  We visited the distillery in Tarbert on the Isle of Harris in 2016.  The gin is made with Sugar Kelp Seaweed gathered sustainably by hand from the sea lochs and it's delicious.  The beautiful bottles, designed by design team Stranger & Stranger, now change hands on Ebay.  Having researched hydroponic gardening, I discovered that spider plants can be grown in water alone, as can certain herbs including rosemary (need to try this) and English Ivy.  I love English Ivy, but unfortunately it's toxic to cats.  We have a fair amount in our garden, but Lotte is a strange creature and whilst she studiously ignores any plant growing in our garden, she has a propensity to chomp through random stems of houseplants without warning.

I topped up our Harris Gin bottle with bottled spring water as per the advice and have pushed a baby spider plant through the opening to take root.  We'll see how it progresses.  Please ignore the muddy footprints on the window ledge courtesy of the cat. 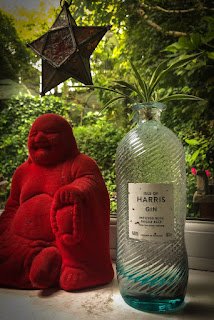 I've also been trying to make a decision on my final submissions to the annual Countryfile Photo competition.  The theme this year is "Miracles of Nature" and the hints and tips include looking for "precious moments in time".  My Facebook friend were helpful as ever in assisting me in narrowing down the choice, but since then, I have questioned whether the images say "moments in time" or are simply too generic.  I've also found another couple that might fit the bill and I know that they love animals (wild or livestock).

Here are the photos I'm considering.  I can only pick three. 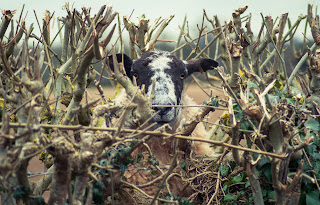 Certainly a moment in time...and a calendar friendly animal shot. 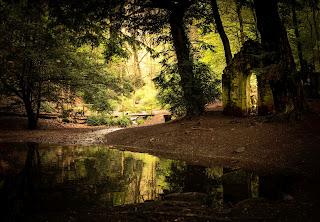 I was pleased with the lighting in this one and the beautiful setting, but does it say "Miracles of Nature?" 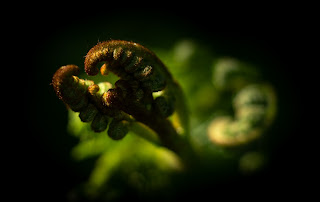 This one was a fern unfurling, so definitely a particular moment in time, but still not sure. 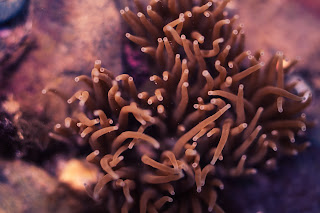 Miracles of nature?  Macro shots are apparently welcome this year, but I don't recall seeing many rock pool photos in the final list in previous years. 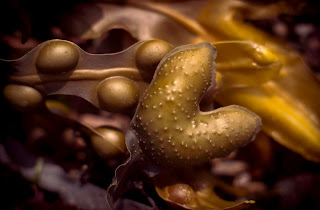 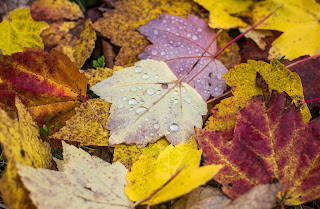 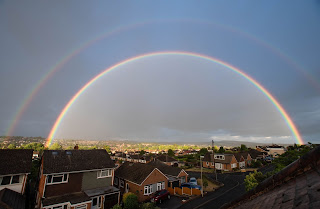 As much as they state they are open to urban landscapes, somehow I can't see a photo of the suburbs on the Countryfile calendar, even if it does feature a double rainbow.

We also stumbled across this little sleeping goat up on the headland in the Valley of the Rocks, but I didn't take this with a competition in mind. 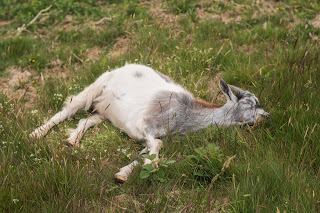 Anyway, I shall have to make a snap decision by the deadline of 12th July.
I have also become something of a football fan in recent weeks - the most annoying kind.  That is, someone who decides they enjoy the game when England are doing really well on the international stage.  I hold my hands up to it.  I generally fall into the camp of complaining about footballers being overpaid prima donnas and would get on famously with Moss from the IT Crowd.  However, last night, I was literally biting my nails after Denmark scored an early goal and had so had to distract myself from the tension somehow.  I must have been the only person in the country to use that time to set up a tripod in front of the TV and practise ICM photography.   ICM stands for Intentional Camera Movement and is a term coined to describe the act of moving a camera while the shutter is open to create a deliberately abstract image.  Here are the results of my efforts; capturing the colours, the almost slow movement of time during periods of pressure and the reaction of a fan in the stands. 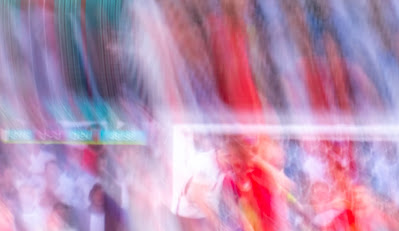 It's quite addictive.  I headed off into the woods briefly this morning and here are some more examples.

I'm recording them here, so that I can monitor any progress.  I'm loving the surreal quality, but nailing some detail to make the image identifiable is the biggest challenge.

This brings me neatly onto a short film called All of This Unreal Time, which has been produced as part of the Manchester International Festival and stars one of my favourite actors, Cillian Murphy and is, by all accounts, mesmerising.  You can book to view it here on Sunday 18th July a minute shy of the witching hour.

Watch Online - All of this Unreal Time - Manchester International Festival (mif.co.uk)
Hope all is well with you!
at July 08, 2021

I'll start this post with the meteorological phenomenon that is a rainbow, shot both from the door step and through the rain-soaked loft... 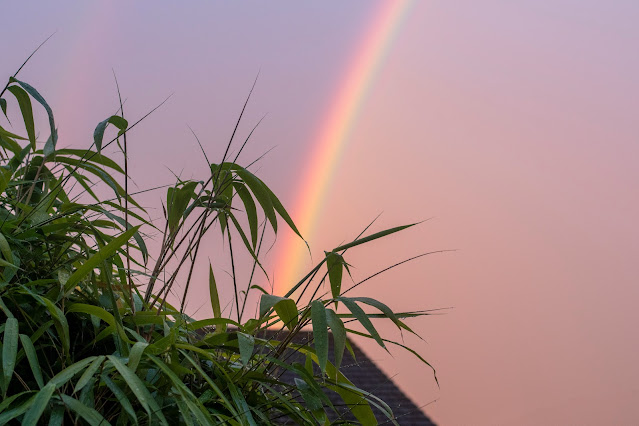