Last week ushered in one of those days that changes everything; diagnostic tests for Mom, followed by the much feared phone call from the hospital.  Life has felt simultaneously unreal and incredibly challenging ever since.  However, living with uncertainty is part of life and we march on.

Accompanying Sharon the Celebrant, I visited a local glamping site on Friday, to check out its suitability for wild elopements/mini moons.  It just about ticked every box, offering peace and solitude... 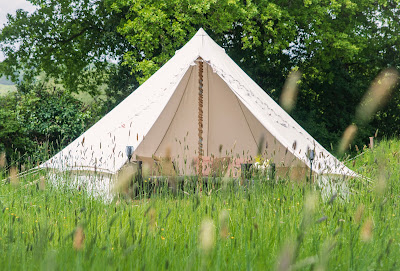 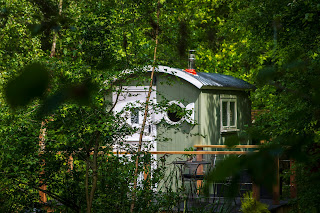 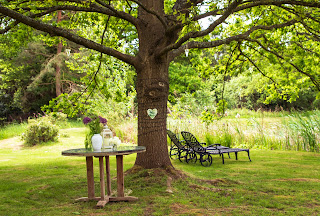 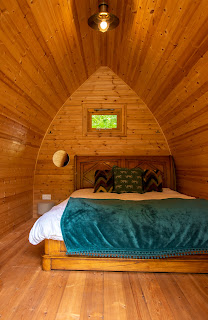 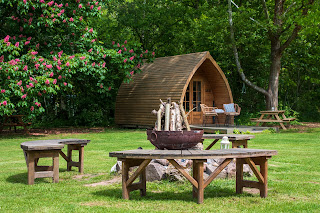 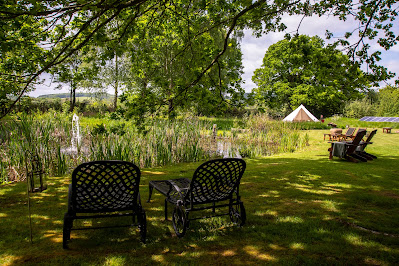 ...rustic charm (don't be deceived by this description - the shower room, just next door to the communal kitchen, was as good as any luxury self catering cottage)... 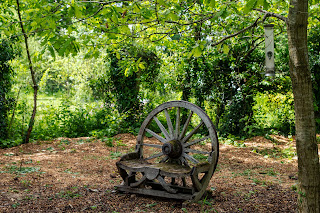 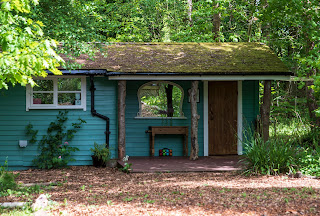 ...wonderful scenery, walks from the site... 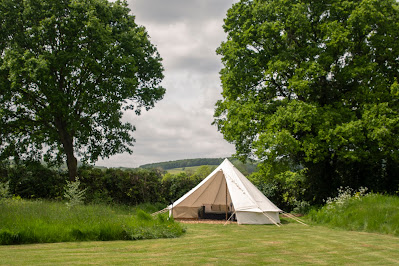 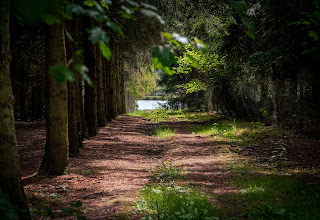 ....and friendly, devoted on-site owners, Deb and Ian (just a stone's throw away in their idyllic country cottage). 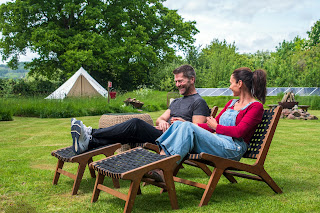 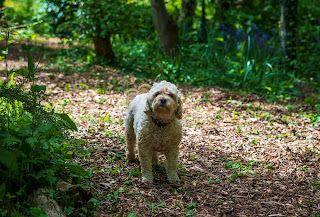 The heart of England has so much to offer.
As a means of distraction this week, I've also made one or two acquisitions - charity shopped, naturally.  There's a distinctly equine theme to my purchases.  First up, this maxi skirt from Boden.  The somewhat abstract print is actually galloping horses when you look closely. 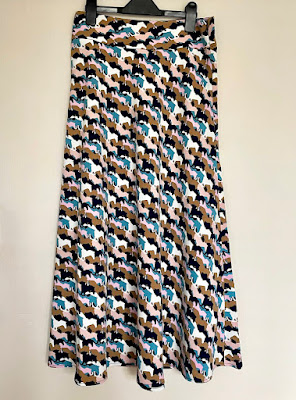 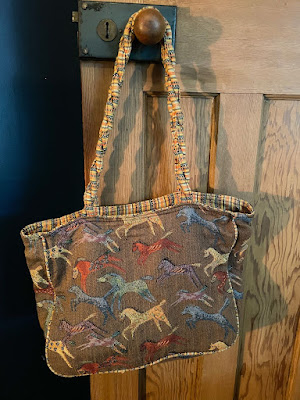 I later discovered that Laurel Burch is a Californian artist and has lead a fascinating life.  Here, in her own words, she describes her approach to art:  "As I grow, so grows my passion to dream, and as I dream, I paint.  Myths emerge, beings come to life, kindred spirits connect."  Her inspirations are horses, dogs, blossom, the ocean and cats.  What's not to like?! 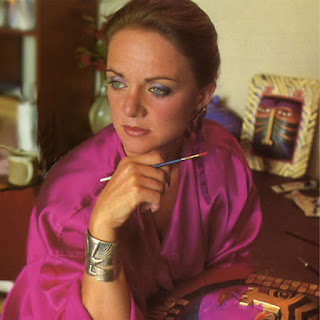 The early seeds of Lauren's career were sewn as a young, single mother in 1960s San Francisco.  Born with Osteopetrosis, she married to Jazz musician Robert Burch when she was 19.  They later divorced.
Lauren would create her own jewellery from objects collected from faraway places and strung together on beaten metal wire.  Her clothes were made from Mexican shawls and Indian bedspreads.  She raised her daughter on the income from selling earrings during this period, before one of her necklaces was admired in the street by the owners of a local Folk Art Gallery.  The Chair House, as it was known, became the first to sell Lauren's earrings.
By the late 1970s, Lauren had founded her company Tsuru Inc ("Crane" in Japanese) and was producing jewellery and greetings cards based on her original artworks.  She would go on to license her designs to a dozen companies around the world as her empire expanded.
On Saturday, I took Mom to a local beauty spot on the heritage Severn Valley Railway,  Arley.  The Diesel pulled Red Rose Express was just arriving. 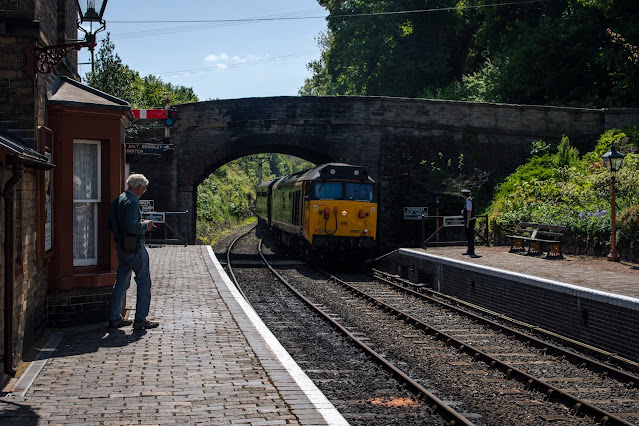 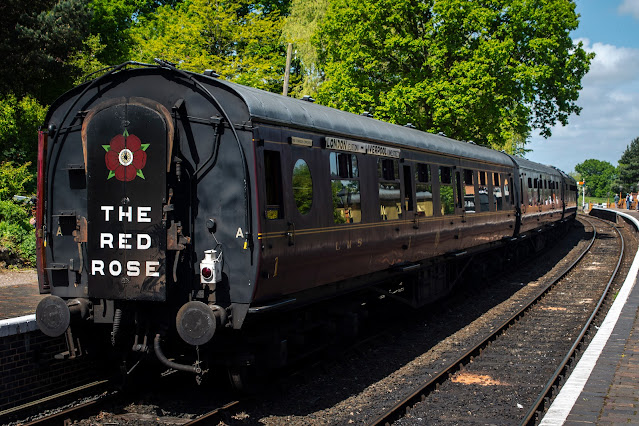 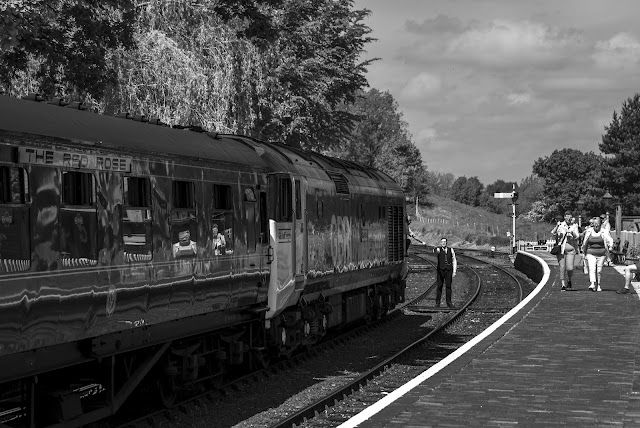 The Severn Valley Railway, like others, are showing their support for Ukraine.  As we stood on the platform on this still, sunny May day, a sudden gust of wind blew the flags into action.  An omen for the evening's Eurovision Song Contest it later transpired. 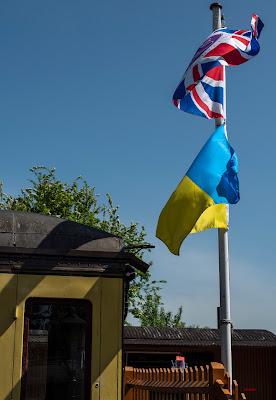 I hadn't spotted this vintage enamel sign before - Webbs Seeds Merchants from my home town. 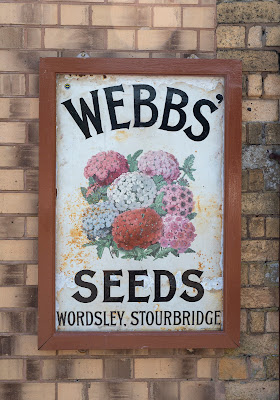 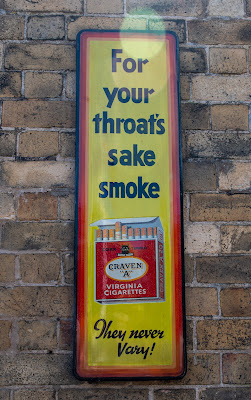 With a last glimpse of the station from the Ticket Office doorway, we headed off for a wander around the hamlet. 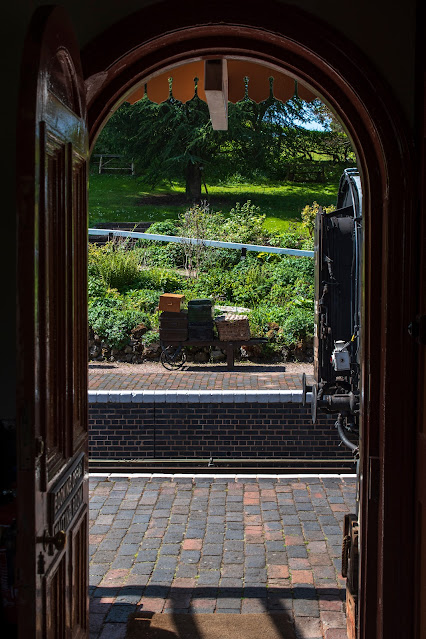 Even the gentry have to do laundry.  It was perfect drying weather yesterday on top of Arley Tower. 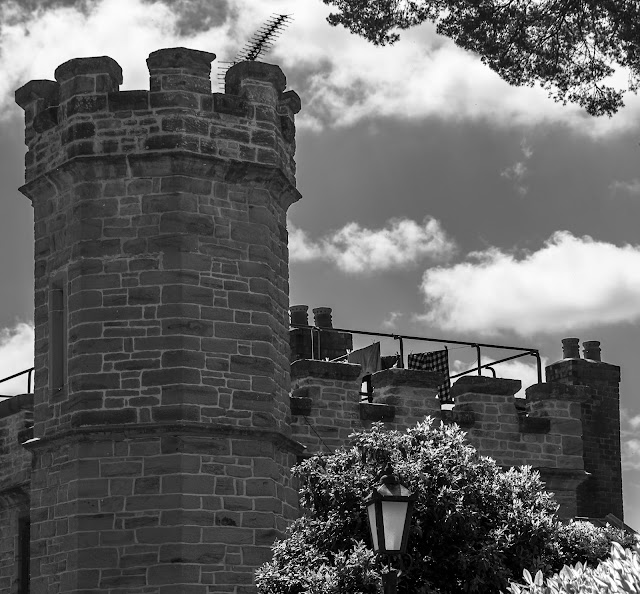 This property has always been my favourite.  Back in the day it was a public house known as The Valencia.  Now it's a private home and it should be mine! 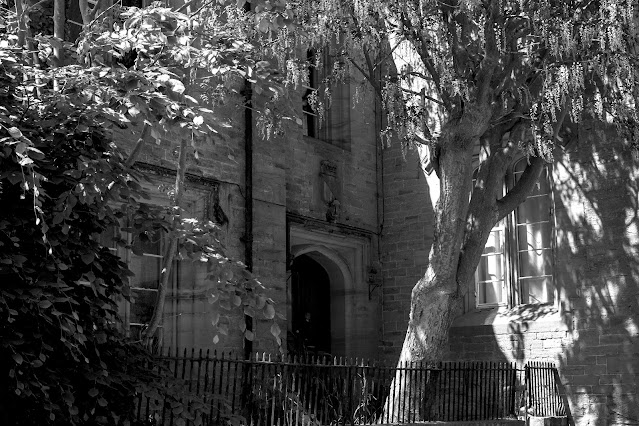 Deciding to take cover from the midday sun, we headed off to nearby Wolverley, a pretty Worcestershire village perched alongside the River Stour.  We headed for Gil's Tea Room following a recommendation, only to find that it was fully booked. 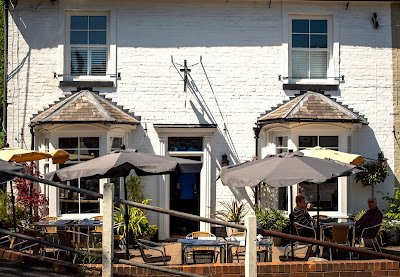 Ever the accommodating host, Gil suggested we take a riverside bench seat next to the cafe and they would bring our order to us. 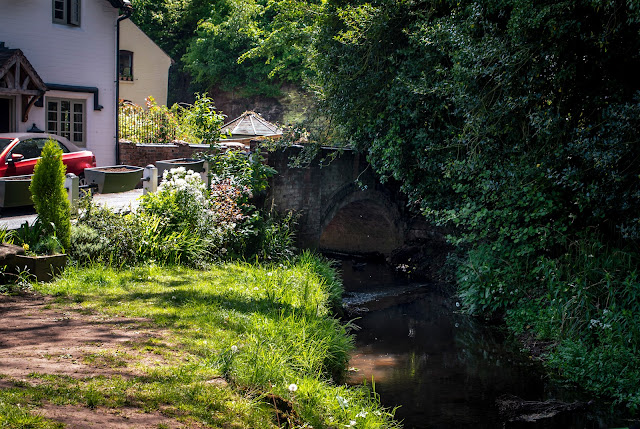 Try as I might, I have yet to achieve complete Instagram w**ker status given that I promptly forgot to photograph our food.  We were hungry!  It was hot!  You'll have to take my word for the fact that my hummus and falafel sandwich and salad and Mom's pear and stilton toasted sandwich were a) huge and b) delicious.  I also took away some salad inspiration; a simple idea, but toss in a few blueberries, pomegranate seeds and a chopped strawberry with your salad leaves and French dressing.  It works a treat. 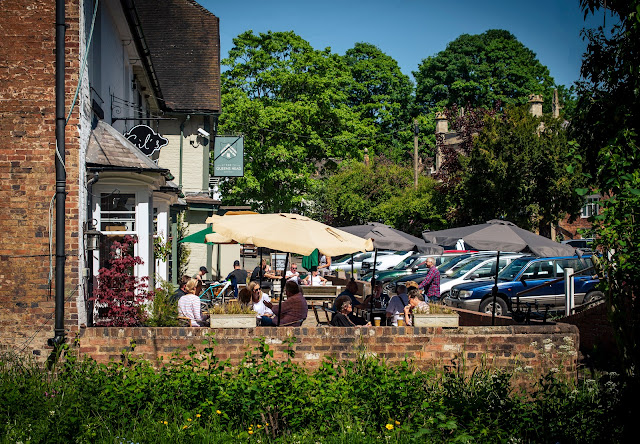 The remainder of the day was devoted to reading in the sunshine and preparing for an evening BBQ.  I'll leave you with Lotte - whiskers illuminated by the dipping sun - apparently wrestling to dislodge something from between her teeth.  I wondered where that last piece of chicken went! 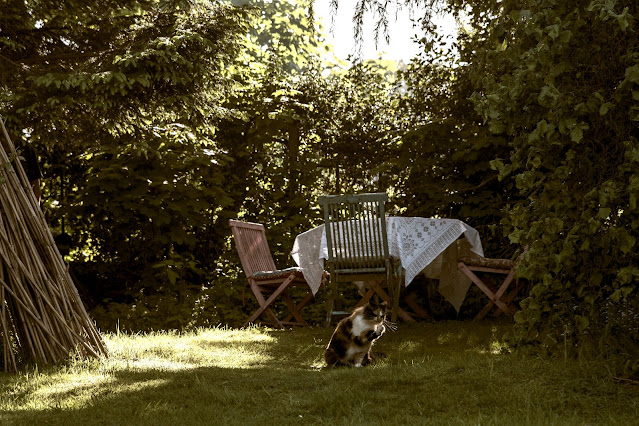