As my interest in photography deepened and our ancient pc began to labour under the weight of new files I uploaded, I joined a few local Facebook photography groups and for a time, enjoyed seeing a few of my images selected for inclusion in the local paper.

These groups continue to provide a supportive community of fellow "toggers" and also help sharpen and improve skills. As with social media in general, there are times when an argument will erupt, but used wisely, it can be a great tool for a photographer. Got a technical issue? There will be someone only too happy to help.   I've also found the photography walks organised by members of such groups to be very helpful and informative.   There's safety in numbers and it's really useful to watch how others work and rewarding to spend time with like minded people. Plus all walks end in a pub somewhere. That's the law!

In 2018, I entered the National Trust's Handbook competition. Having recently lost my Dad to a relatively short but brutal illness, grief was impacting on the lives of my immediate family. My Mom was running on empty and experiencing severe disruption to her sleep; rising early and living nocturnally. I was overwhelmed with mixed emotions. I was restless and motivated with a sense of time ticking.  I had an overriding feeling was that life is too short to pursue things that don't give pleasure or satisfy the soul in some way. I realise that this attitude doesn't always put food on the table, but as owners of a small business, we have long been somewhat used to that pervading feeling of job insecurity. Photography was already one of my responsibilities, but I now wanted it to be as good as it could possibly be.

One morning, my Mom and I rose early and headed to one of my Dad's favourite places - Clent Hills (taking in Walton). It was an early summer morning and the forecasters were predicting the first heatwave of the year. We arrived just after dawn. The sun was rising and burning off the moisture left behind by the seemingly endless winter of 2018, which had stretched into Easter and beyond.   It was ethereal; perfect soft, diffused light that seemed to play with nature's colour palette. It was stunning.

After editing my photos to pick out the details and tweak the atmosphere of the images so that they matched my memories, I decided to enter the National Trust's Handbook competition. Grief gave me a new sense of bravery.

One day, out of the blue, I received an email to say that one of my images had been shortlisted.   Alan Titchmarsh had been one of the judges. I was surprised and flattered, given the number of entries this competition always attracts.

Ultimately, I didn't win, but the NT did inform me that they had decided to feature my image on the inside reverse cover of the book. I still have a copy of the book - my tribute to Dad.

TOGGER'S TIP:  During that photoshoot I learned that it pays to get up early. Morning light is wonderful, although I'm not naturally an early bird, so I have since learned that late afternoon light is also a good option.   However, if the forecast is favourable, try and do this at least once. You won't be disappointed. There's a calmness and stillness that can't be replicated.

Later that year, a voluntary position was advertised at the Black Country Living Museum. I decided to go for it. By this time, I had also created a website and a designated Instagram and Facebook page.

After a lengthy selection process, I was offered an interview and eventually offered the position, working alongside a small team of other new volunteers including a photography graduate.

I used to naively think that the final image was key and how that image is achieved was somehow secondary.  Not so.  Whilst having an eye is vital, shooting in Manual opens up a whole new world of creativity.
TOGGER'S TIP:  Similarly, shooting in Raw might use up more space on your drive, but that additional data isn't wasted.  It enables greater control over an image in post edit.

This position has been a great source of learning for me, allowing me time and space to hone my skills and incorporate new ones - certainly in terms of the photo editing software, Photoshop and Lightroom and in terms of marketing.

At around the same time, I decided to blanket email a number of wedding photographers in the area and was amazed when I received a pretty prompt reply from one female wedding photographer, who suggested we meet up as she was on the lookout for a second shooter.  We hit it off and I was her second shooter at a number of weddings. Thankfully, I've not encountered any Bridezillas yet, but I have witnessed more than a few surreptitious sips from hip flasks taken by nervous grooms.

My earnings were invested in some new equipment, notably a higher spec camera, the Nikon D7500. I topped off that year by taking on a solo wedding shoot, which was unbelievably daunting, but mercifully a success. 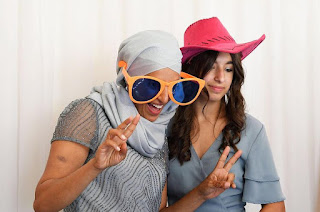 In addition, one of the few portraits I have taken was selected and put on display in an exhibition at Warwickshire's Compton Verney. I will talk more about portraits in a future blog.

And then the pandemic hit and everything ground to a halt.

Here is one of the last photos I took before the first lockdown was announced, some time in February 2020 I think.   This is Bewdley, which, along with many other towns on the River Severn, had experienced the worst floods in decades. I was obsessed with the surface water reflections.  I'm sad to report that the floods hit again this year and once more, people were evacuated to facilitate a clean up operation.

So you can all fill in the blanks between March 2020 and February 2021.  These are unprecedented times with everyone making sacrifices.  But one thing this pandemic has given most of us, is time... 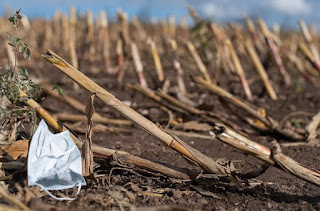