The last 12 months have been tumultuous by anyone's standards, so I have decided to throw caution to the wind and start a photography blog.

I've resisted this idea for some time and for numerous reasons, principally because I didn't really know what I could offer in an already saturated online wordscape. However, I've decided that most people enjoy looking at photographs and given the restrictions placed on all of our lives, I currently have a captive audience! Plus, more of us are rediscovering our immediate areas and reconnecting with nature.  Even those of you who prefer shops and urban settings are never far away from nature.  It's always there - from the pavement flowers growing around lamp posts, to moss covered walls, lichen cloaked gravestones and birds singing from the rooftops.  I've always been a nature lover, but more than ever now, I'm appreciating the therapeutic properties of nature.  Who doesn't feel better after spending time outside?  I try to capture what I find so inspiring about nature in my photographs.

We're quite uniquely placed here in Kingswinford, straddling the border between the Black Country/West Midlands Conurbation...

...and the rolling hills and rural landscapes of South Staffordshire.  We have the best of both worlds, so hopefully, you can at the very least, enjoy discovering parts of our area unknown to you through my lens. I'll also attempt to impart my limited knowledge and techniques I've picked up so far.

So, a potted history of my photographic fascination.

As a child, rather than always being mindlessly plonked in front of the TV by my parents when they were busy, they would take an interest in what I was watching, suggesting certain films for example. As a child of the 80s, we were frequently exposed to a broad range of cinematic delights dating right back to silent movies.

Whist you can pretty much stream or find anything online in the 21st Century, the average teen wouldn't necessarily think to seek out certain films. Some things require an introduction.  Back in the 80s, we were offered a smorgasbord of eclectic cinema - everything from Harold Lloyd, Chaplin and The Three Stooges, through to 60s kitchen sink dramas like Saturday Night, Sunday Morning, Hammer House of Horror, films from the Golden Age of Hollywood (the musicals, the film noirs, the Biblical epics, 70s classics), right up to date with US TV sci fi and superhero shows such as Star Trek, Wonder Woman and The Incredible Hulk.

Online gaming was still out of reach, so other than TV, we had books, videos, music and little else. But that was all I needed. I would pour over the NME and Smash Hits magazine, alongside coffee table books on Marilyn Monroe.

I was obsessed with the perfection of her face and adored black and white images of movie stars, notably Marlon Brando (I wasn't exactly a child of my time in this regard, although look - he liked cats!  I knew he was great!)

The same applied to my musical icons.  I was developing a strong appreciation of

visual aesthetics and responding to the power of an image.

I also attribute my interest in photography to my late Dad.  He was a talented showjumper in his youth, but graduated to cars, motorbikes and gadgets.

We had one of the first Betamax video players and I recall him going through a period of serious devotion to the mini disc.  He also had a long love affair with cameras.  He had a Cine Film camera (footage exists of me as a toddler seated in front of my Dad on horseback, jumping over fences) and numerous cameras. He would try and show me how to use them, but just the sight of a manual was enough to kill my interest at that point. It triggered something though, because I had a Polaroid camera as a child and a recently unearthed diary entry from my 13th Birthday reports that I received "a 35mm camera and a pair of granny boots." Some things never change. I'm always happy to have a camera in my hands and the quest for the perfect pair of boots never ends!

I have always been what is at best described as "instinctual."  Even my interest in learning an instrument was killed by piano lessons. I always preferred to play by ear. I saw instruction as the enemy of pleasure. I was impatient to achieve results and couldn't be bothered with the nitty gritty of learning the hows and whys.  So when eventually, my Photography A Level course turned out to be a non starter due to lack of uptake, my photography journey stalled.

It was only really in recent years that I decided to pursue it with more serious intent. My husband bought me a Nikon D3300 for my birthday.

It sat, largely neglected for around 12 months until one gloomy January day, when he shamed me into using it.

Below is the first photo I took using this camera.

I started to work harder at composing an image (the rule of thirds is a good foundation), I would take greater notice of where light falls and the smallest details it picks out, reflections in puddles and for once in my life, I did a little research. 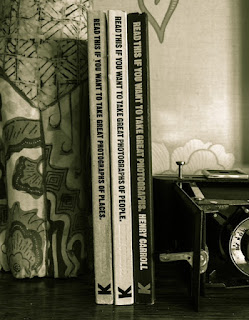 I say “a little research” and you will see I’m not exaggerating.

No online photography courses or biblical camera tomes for me.  My go to reading was a set of easy read, short-and-to-the-point “how to” books by Henry Carroll.

I started off shooting everything in Auto, but could immediately appreciate the quality of the image.  Then I began doing a little post processing using an ancient version of Paint Shop Pro and was delighted with how the smallest edit could increase the drama of clouds for example.

I joined some local photography Facebook groups and began to receive encouraging comments from respected photographers, including one member who had during the course of his career, photographed the Spanish Royals and Salvador Dali! These generous comments were undoubtedly offered to many other amateurs and in reality, were probably forgotten once dispensed, but to me, they were all I needed to become fully immersed in photography.  It swiftly became a passion that, over the ensuing years, would take up more of my time.  In fact, I’m always on the lookout for new opportunities and ways to shoehorn it into my daily life.  Just how I’ve managed to do that, I’ll explain a little more in my next post.  But for now, take my word for it, photography is therapy!