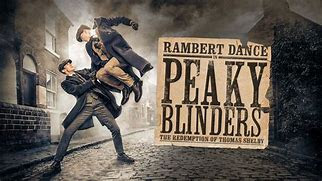 On Saturday, my friend Louisa and I escaped into Birmingham to catch the amazing Rambert production at Birmingham Hippodrome: The Redemption of Thomas Shelby, a two-hour dance theatre spectacle.  We were chauffer driven by my father-in-law, who kindly offered to take us due to rail strikes.  The city was in gridlock.  We left at 1pm and made it just in time for the two minute call prior to the show's 2.30 matinee performance.  We live just 12 miles away.

At the time of booking, information on the production (adapted for the stage by the show's creator, Stephen Knight) was scant and I'd only caught a couple of snippets on TV prior to the show, so didn't really know what to expect.  Directed and choreographed by Rambert's Artistic Director Benoit Swan Pouffer, it was thrilling; athletic dancing accompanied by a live band on stage, the eclectic Peaky Blinders soundtrack and overlayed with excerpts of dialogue from the series.  Brummie poet and Peaky cast member Benjamin Zephaniah provided narration.

We were totally swept away by the athleticism of the dancers and the heady atmosphere (or was that the wine?)  Although photos within the auditorium were strictly prohibited, the show was so utterly absorbing, I couldn't have taken my eyes off it for a second in any event.

I was mesmerised by the incredible South African dancer, Musa Motha, who lost his leg to bone cancer at the age of 11.  Appearing on stage and dancing with the aid of a crutch, he was inspirational!   Here he is briefly sharing his story.

Beautiful News | Cancer robbed him of a leg, but not his will to dance - YouTube

Through art, once again, the dark heart and subject matter of this story was transformed into something beautiful.  The performers received a well-deserved standing ovation.  Unsurprisingly, the tour has been a huge success and further dates have now been added for 2023.  Here's a little taster, filmed on location at the Black Country Living Museum.

Post show, we were hell bent on making the most of our time and headed off in the direction of China Town (where I took my one and only iphone photo).  Cocktails were consumed. 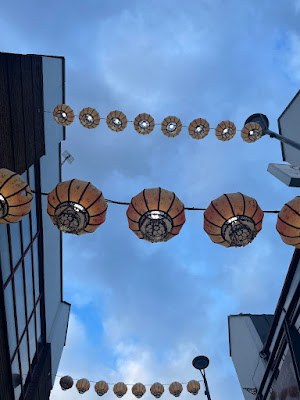 On Sunday I was working, photographing a local christening and after party.   Check out the shoes!! 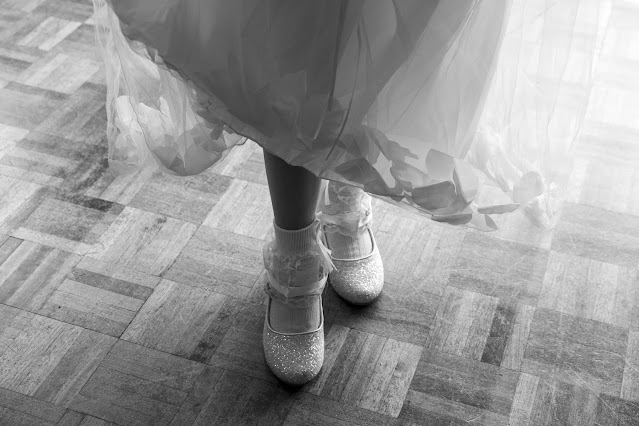 Needless to say I've been busy editing photos.
Here they are, winging their way to my client as we speak. 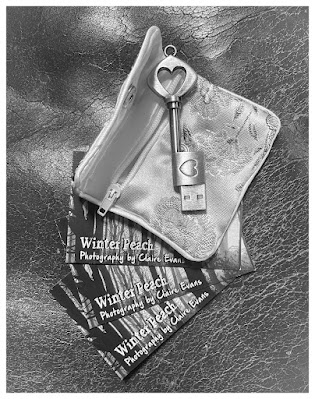 In other news, we had yet another domestic mouse disturbance.  Lotte, if you're reading this, if you're going to give me a living gift, please contain it.  Don't allow it to check into lodgings behind the freezer.

The Stranger Things photo shoot is gaining traction and has now been accepted by five publications (four online and one in print), which is quite exciting.

I will leave you with a glimpse of the flowers from the bridal bouquet, which in my opinion, grow even more beautiful and strange, throwing shapes to rival dancers as they fade. 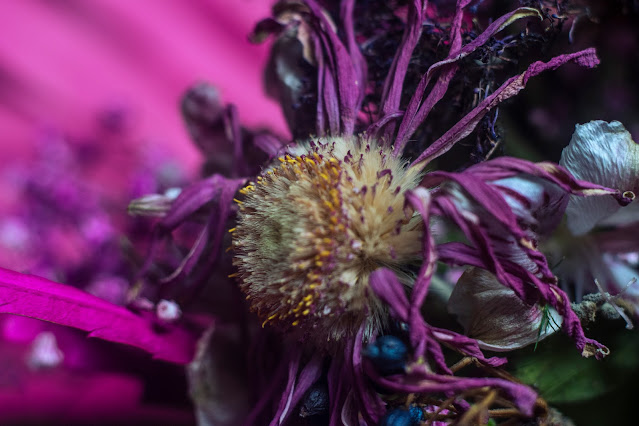 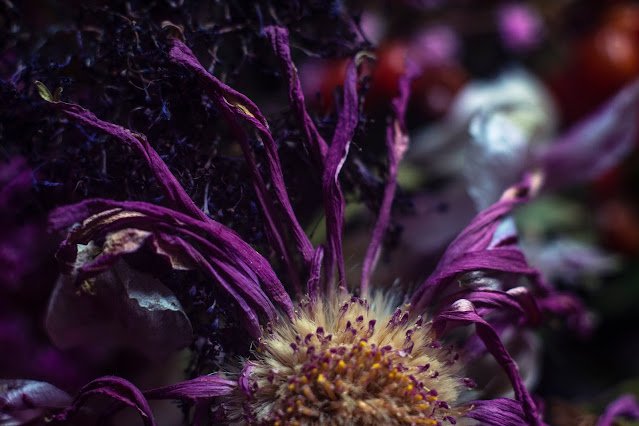 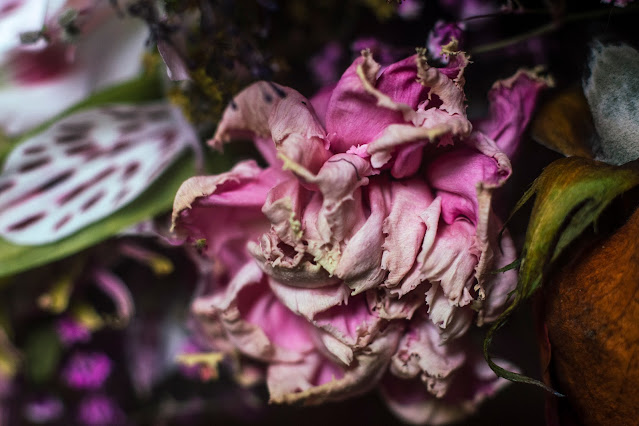 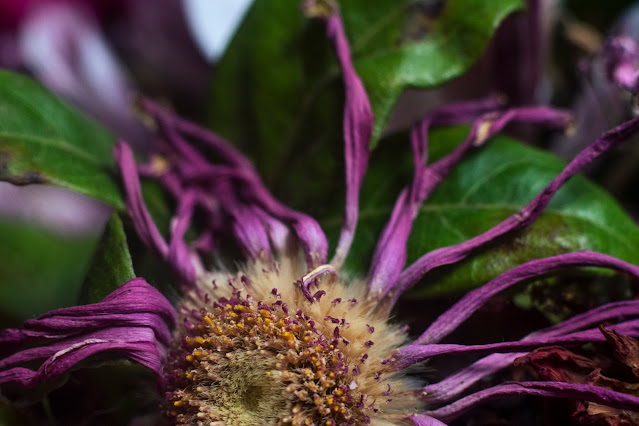 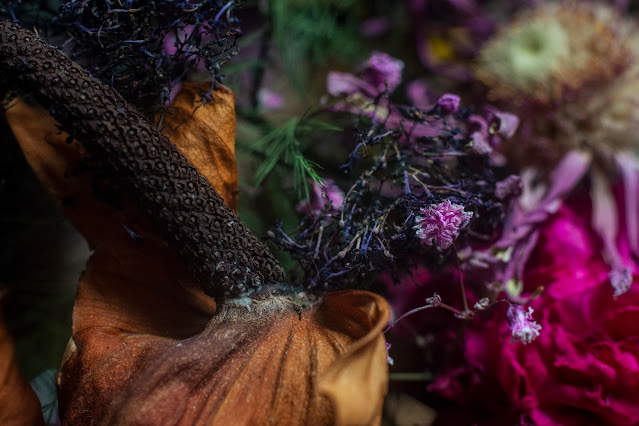 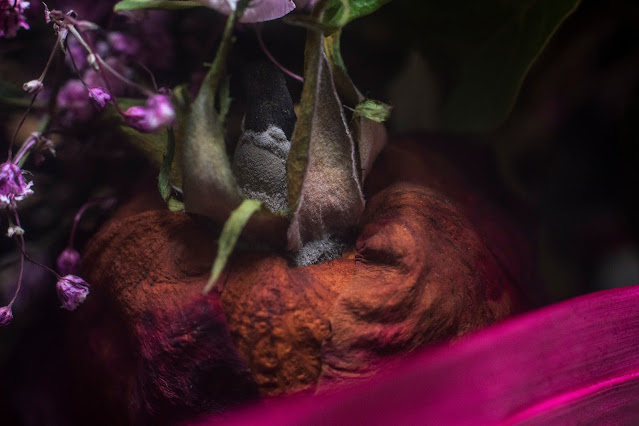 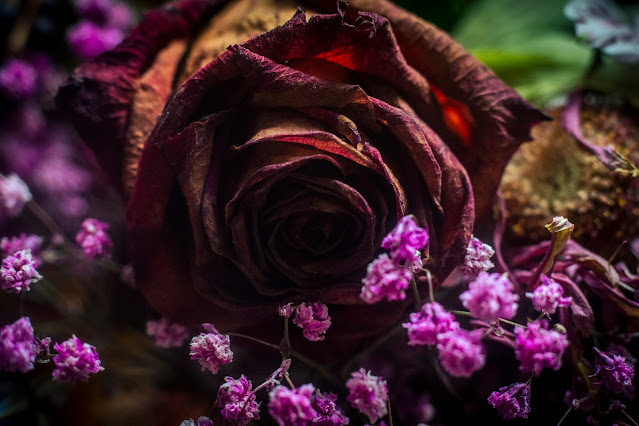 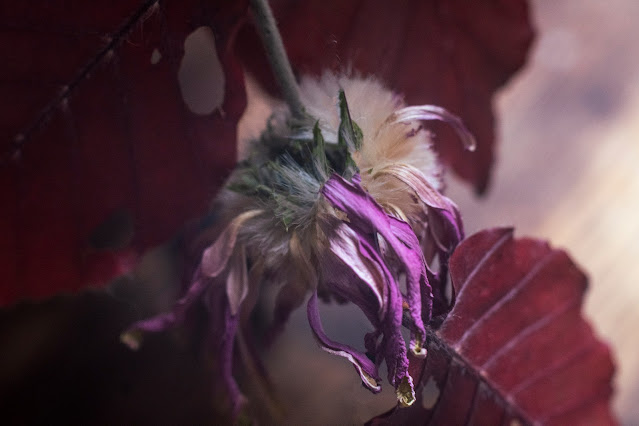 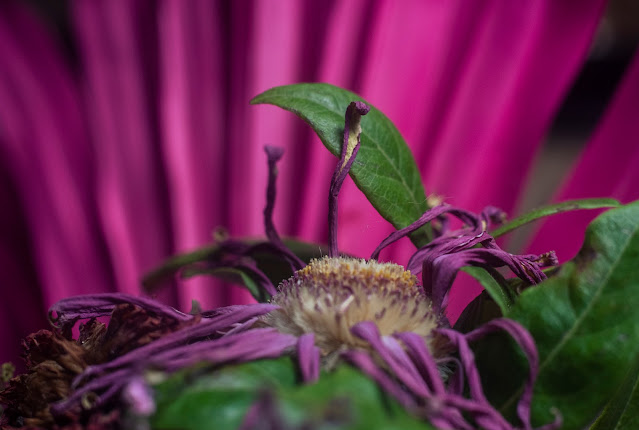 Don't be misled by the title of this post - it's a nod to National Hiking Day, which fell on Thursday 17th November and has inspired... 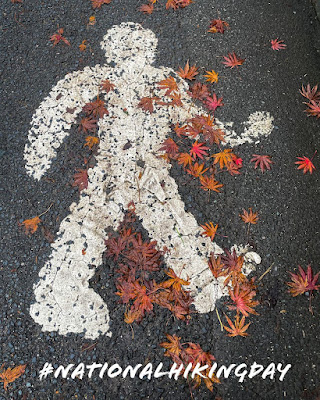